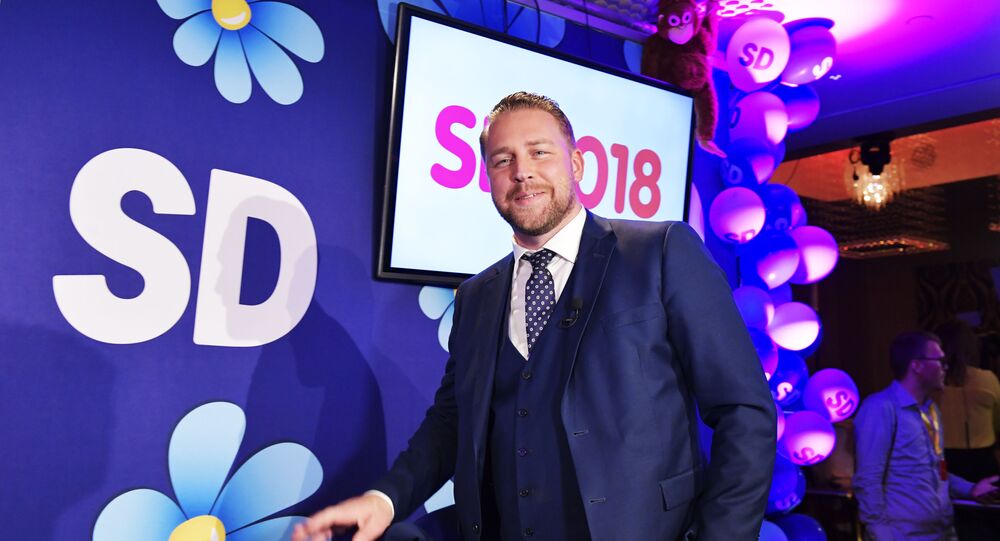 The recent Swedish elections have revealed major differences between various electoral groups. If only Swedish men would have voted, the right-wing Sweden Democrats would have become Sweden's largest party, while the left-wing Social Democrats would have won convincingly if only immigrants' votes were counted.

While the conservative Moderate Party won the general election among the youngest voters, support for the Sweden Democrats (SD) has grown markedly among elderly voters and blue-collar workers, Swedish national broadcaster SVT revealed.

The SD also became the largest party among Swedish men, winning the support of 24 percent and edging out the Social Democrats (23 percent) and the Moderate Party (19 percent). Among women, though, the Social Democrats retained their leading position with 29 percent; the SD only managed to attract 14 percent of female voters.

The Sweden Democrats, a right-wing party associated with opposition to mass immigration, also made considerable gains among elderly voters (aged 65 and over), winning 19 percent of their votes compared with 12 percent in 2014. On the other side of the scale, the Moderate Party was the most popular among the youngest voters (aged 18-21); 21 percent of them supported the center-right party.

Yet another striking feature of Sunday's election is that Swedish workers no longer vote left. The majority of blue-collar workers, 55 percent, voted either for the right-wing Sweden Democrats or for the center-right Alliance (comprised of the Moderates, the Centrists, the Christian Democrats and the Liberals), as opposed to the left-wing parties, most notably the Social Democrats.

The Sweden Democrats have more than doubled their support among workers from 11 percent in the 2014 election to 26 percent in 2018. Most of their new supporters used to vote Social Democrat or Green.

"Blue-collar workers are generally more traditional and more conservative than the middle class. They do not feel at home among the Social Democrats anymore, and they are looking to the SD, who stand for more conservative values," Pontus Strimling, an economics researcher at the Institute for Future Studies, told SVT.

In particular, the Social Democrats' overwhelming emphasis on multiculturalism was identified as the main reason for workers fleeing the party.

The Social Democrats experienced their worst-ever election, gaining only 28.4 percent of the vote (their previous nadir was 28.5 percent in 1911, more than a century ago). The party dominated Swedish politics for most of the 20th century, often winning single-handedly with over 50 percent of the vote as far back as the 1960s.

However, Sweden's largest left-wing party managed to win the overwhelming support of immigrant-heavy districts, prompting Svenska Dagbladet's columnist Ivar Arpi to sarcastically rename "particularly vulnerable areas" (a politically correct term for blighted areas rife with crime) into "particularly Social Democrat areas." For instance, the Social Democrats won 76.9 percent in Rinkebysvängen, Stockholm; 61.1 percent in Araby, Växjö; and 79.6 percent in Herrgård, Malmö. An opinion poll in May indicated that the "red-green" coalition would have won convincingly with 53.6 of the vote, if only the votes of foreign-born Swedes were counted.

"Like the US Republicans, the Swedish right-wingers are facing challenge attached to demographics: what to do when a majority of the new voters who have come to the country vote left?" Arpi concluded.

Refugee Influx Challenged Capacity of Many Municipalities in Sweden - Scholar