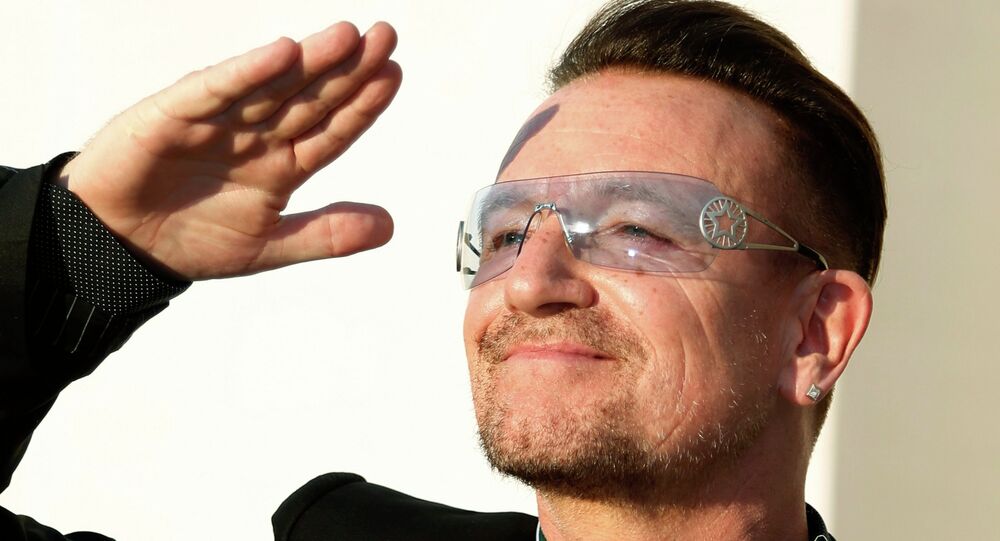 During a recent gig, Bono, masked as a satanic clown, greeted the leader of Sweden's largest right-wing party by throwing out his right arm out in the style of Adolf Hitler.

Performing as his "evil alter ego" Mr. MacPhisto, U2 frontman Bono, who is renowned for his charity work, shouted the name of Sweden Democrats (SD) leader Jimmie Åkesson, whose right-wing party opposing mass immigration made large electoral gains in a recent general election, while also effectively preventing mainstream parties from forming a government.

"I'm just back from Sweden. I didn't know how much I'd like the Swedish. Tall, blond, blue eyed… boring. But now the Swedes are beginning to discover their Aryan potential," Bono said, as seen in a video posted on the YouTube channel U2Gigs.

The world-renowned philanthropist then proceeded to shout Jimmie Åkesson's name while performing a Nazi salute.

"I like him, I like him, he has done so well in the election today," he added. "I love elections. I love balloons. I love parties that get out of hand."

While some users recalled the fact that Sir Bono was featured in the Panama Papers among celebrities who kept funds in offshore accounts, others found his behavior "downright embarrassing."

The Swedish public also noticed a marked difference between the press's attitudes toward the Nazi salute being employed as a figure of speech or a rhetoric symbol.

"So, some who do a Hitler salute get lynched, while others get hailed," a user tweeted.

"If a dog does a Hitler salute, its owner risks prison, but when a washed-up musician does it, he becomes the mainstream media's darling," another user commented, citing an incident with Scottish Youtuber Mark Meechan (aka Count Dankula), who gained considerable press coverage for posting a video of his girlfriend's pug as a reaction to the phrase "gas the Jews."

In his tirade, Bono lashed out against the rise of popular support for right-wing parties in Europe and went on to attack Marine Le Pen's National Rally (formerly known as the National Front) claiming she had to rename her party so that voters don't know the party's dislike for Jews and blacks.

The Sweden Democrats performed well in Sunday's election, upgrading their performance by a solid 5 percent (to a record 17.6 percent).