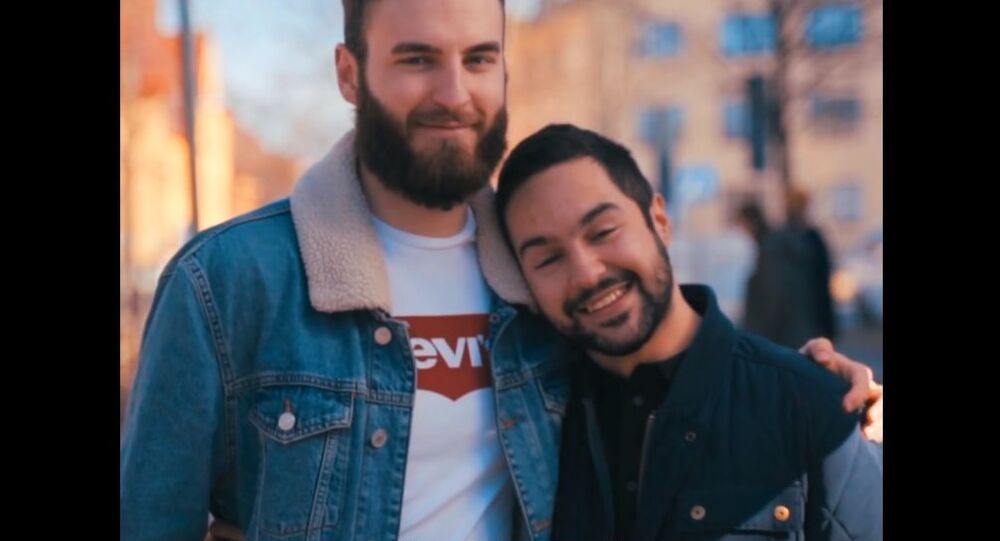 The film features two bearded men holdings hands and kissing to illustrate the Liberals' idea of "weeding out extremism and nationalism and standing up for love".

Facebook has stopped the promotion of Swedish Liberals' new ad, which is part of their EU election campaign. Its contents, meant to display "classical liberal values" such as freedom, openness and tolerance", feature a display of male homoerotic love and have been deemed "sexually suggestive".

"It feels like a democratic defeat", Emanuel Norén, vice group leader for the Liberals in Karlshamn, told the local daily newspaper Sydöstran. "There is all possible s**t on Facebook, a little beautiful love from a same-sex couple is obviously taboo", he added.

Emanuel Norén is unsure whether Facebook would have stopped a film featuring a kiss between a heterosexual couple.

"Probably not. The heteronorm is not controversial or taboo", he ventured.

Despite the controversy, the party decided to stand its ground and not change the film.

"Absolutely not. We refuse to let Facebook dictate the conditions for which messages we want to communicate", Norén said.

The same idea of men kissing and hugging was picked up in a series of the Liberals' election posters.

​On the home front, the Liberals' election pitch has triggered mixed reactions. While the party's sympathisers found the ad "unbelievably warm and visionary", others were far less impressed with the visual side and the message itself.

"How do you believe you will succeed? Do you really think it's the new think? We've seen snogging gays on TV for 30 years, no one cares. Makes no sense nagging about orientation, no one cares", one user replied to the Liberals.

"The Liberals are really eager to leave the [parliament]", a person jeered, deriding the Liberals' downward spiral in recent polls, putting the party below the election threshold.

​While the Liberals themselves cried foul over the campaign being stopped, many also noted that the ban served them right.

"For me it is always hysterically funny when the part of the political landscape that promotes censorship against the others gets affected itself", a user noted.

"How many of those who have been suspended from Twitter, Facebook etc have you bothered about? Zero, I would believe. Now you get to experience this treatment, so congratulations and welcome to reality. Now we move on", another one mused.

The Liberals are a junior party in the Swedish parliament, currently ranking seventh and lending external support to the Socialist Democrat-led government. Formerly known as the People's Party, it effectively rebranded itself in a liberal manner, and is advocating a free market economy and pushing for Sweden to join NATO and the Eurozone.