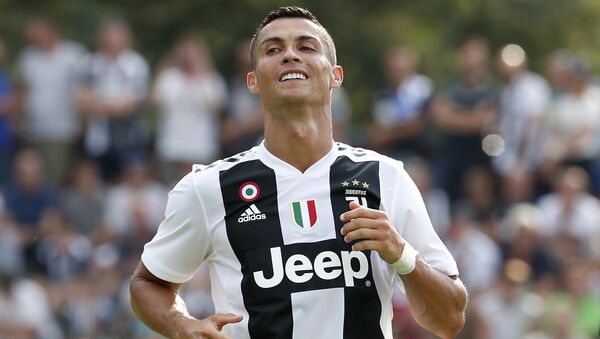 Suliman Mulhem
All materials
The Serie A giants suffered a shock defeat in the UEFA Champions League (UCL) on Wednesday evening against Swiss underdogs Young Boys, but, nevertheless, progressed to the tournament’s knockout stages, top of their group, on 12 points.

Juventus remain favourite to win the Champions League this season despite losing two of their last three games in Europe’s most prestigious tournament.

Wednesday’s defeat in Bern ultimately had no bearing on their finishing position in Group H, but the team’s complacency and failure to salvage even a point from the game may have unnerved some Juve fans.

However, with coach Massimiliano Allegri at the helm of the star-studded squad, bolstered by summer signing Cristiano Ronaldo and another Portuguese ace, the Turin-based club still have a very good chance of winning the Champions League in June.

Juventus suffered two defeats in the UCL group stage, but won their four other clashes, ensuring their progress to the knockout stages.

Valencia Coach Says His Team Doesn’t 'Fear' Ronaldo Ahead of Clash With Juventus
This is where Juve will really thrive – time and time again, they’ve demonstrated their ability to grind out a result when it matters most, in stark contrast to how they played in their relatively insignificant defeats against Manchester United and Young Boys.

They remain undefeated in Serie A, their worst result being a disappointing draw against Genoa, and coach Allegri will be hoping their recent drop in form in the UCL is merely a blip.

In the group stage’s other four games, Juve achieved some impressive feats, which suggest they will excel in knockout football.

Perhaps most importantly, Juventus kept clean sheets in all their victories, executing the Italian style of play to perfect; even in their opening fixture against Valencia, which saw Ronaldo controversially sent off in the first half, leaving them outnumbered, the team remained organized and emerged victorious after Miralem Pjanić converted two penalties.

The club’s first-choice central defender pairing of Giorgio Chiellini and Leonardo Bonucci has proven to be near-impregnable on many occasions this season, and Juve’s ability to remain on the front foot and avoid conceding in a game will be paramount in the remainder of their Champions League campaign.

CSKA Moscow Thrash Real Madrid in Historic Champions League Victory
Other top clubs, particularly Barcelona and Real Madrid, have looked defensively weak so far this season, with the two La Liga heavyweights conceding a combined total of 38 goals in 15 matches, while Juve have allowed just eight in over the same number of league matches.

Manchester City have an almost identical record to Juve in their respective domestic league in terms of goals allowed, but they have looked a bit shaky in the Champions League, though they also ended up progressing comfortably, topping their group.

Ronaldo was undoubtedly the club’s landmark signing in the pre-season transfer window, and the Portuguese striker has adapted well to the Italian style of football after a somewhat lacklustre start to the season, eventually finding his scoring boots and bagging ten league goals and five assists, leaving him in a good position to win the Capocannoniere award.

Netizens Dub Marcelo's Reported Juventus Transfer Request the 'Ronaldo Effect'
However, fellow countrymen João Cancelo has perhaps had an even bigger impact on bolstering the team’s attacking firepower, with the wingback linking up well with Ronaldo and Mario Mandzukic to secure important goals for Juve.

Interestingly, both of Juventus’ defeats came in matches which Cancelo didn’t feature in.

The serial Italian champions have dominated their domestic league, winning seven consecutive Scudettos, and are poised to top the standings again this season, already eight points clear of second-place Napoli.

After such a protracted spell of success in Serie A, Juve have their sights firmly set on lifting the UCL trophy, in addition to triumph in the league and the Coppa Nazionale, and seemingly signed Portuguese star Cristiano Ronaldo – for a club-record transfer fee – solely to achieve this.

Other top European clubs will also be vying for the title, and all the prestige and prize money that comes with it, but, having slipped up in two UCL finals in recent seasons, no club will be hungrier and more driven than Juve.

The views expressed in this article are solely those of Suliman Mulhem and do not necessarily reflect the official position of Sputnik.