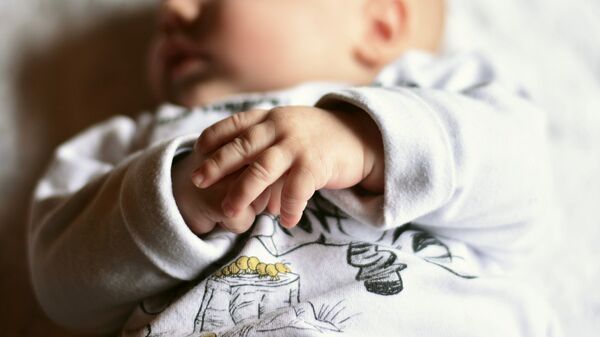 President Donald Trump’s announcement that he would alter the rules of Birthright Citizenship has sparked fear that it might also mean that there could be calls to deny birthright citizenship to babies born of professionals who are on a work visa in the US.

In a move that would represent a significant shift in the definition of American citizenship, President Donald Trump has announced that he would change the rules of birthright citizenship for the children of undocumented immigrants. Sputnik spoke to Robinder Sachdev, Director of New Delhi based think tank ImagIndia Institute on what could be the possible fallout of the proposed step, especially in the context of Indian professionals who are working in large numbers in the US.

Sputnik: What is US Birthright Citizenship Policy and what changes does Trump want to bring in it?

American Cards Losing Market to Indian Payment Systems in India - Fin Minister
Trump, in pursuit of immigration reform, is targeting to identify and remove illegal migrants and undocumented people — people who have entered the US illegally, mostly via the Mexican border, and those who overstay their visa, especially in the lower income and worker categories. While all US administrations have taken steps to curb illegal immigration, Trump has made it one of his key focus areas, plus he has opened a new front by claiming that he can take executive action to cancel the provision of "birthright" citizenship to the children of illegal immigrants.

Sputnik: What's the objective behind this proposed move?

Robinder Sachdev: The objective is threefold. Firstly, to indicate a strong stand on illegal immigration to his power base, secondly, to broaden his political base — since this issue of cancelling birthright citizenship for illegal migrants will strike a positive chord not only among his traditional "white" American base, but will also elicit a thumbs-up from all sections of American society — including African Americans, Hispanics, Asian-Americans, and others — who will appreciate that legal path to citizenship is OK, but who look down on illegal methods of obtaining US citizenship. Though in wider American society, there is compassion on humanitarian grounds also. But overall the positives outweigh the negatives for Trump on this issue. Thirdly, it is to deter future illegal immigrants and clamp down on "birth tourism".

Trump Administration Moves to Restrict Asylum at US-Mexico Border
Sputnik: Is President Trump's announcement in this regard likely to set off a legal hassle?

Robinder Sachdev: What has set the cat among pigeons is that Trump has claimed that he does not need to go for a constitutional amendment via the Congress, but can revoke this provision via executive order.

Legal opinion is divided and unknown on this matter whether his claims can stand the test of law. In case he decides to issue an executive order, the matter will definitely be challenged and reach the Supreme Court for a decision. What and how the Supreme Court will decide is unknown — it will be an unprecedented matter of law to be decided by the court.

READ MORE: Birthright Citizenship Not Covered by US Constitution – Trump

However, it is also important to remember that the US Supreme Court now has 5-4 majority of conservative judges. Therefore it cannot be said what will be the judicial outcome. However, in case the Trump administration is able to score a victory, then firstly it will be a humanitarian crisis. Secondly, it will mean that US administration will pursue the identification of illegal migrants in an even more aggressive manner — in order to find out the "birthright citizens".

Trump Fires ‘Opening Salvo’ in Immigration Debate with Birthright Remarks
Sputnik: How it will impact Indians living in the US?

Robinder Sachdev: This matter does not much impact American citizens of Indian-origin living in the United States. But it does impact the illegal, undocumented Indians living in the US. Though the number of Indians who are illegal and undocumented in the United States is estimated to be very small (100,000 — 300,000), they will be impacted just like all other illegal, and face a humanitarian crisis.

However this matter will give rise to a small worry for the Indian professionals working (on work visas, H1B), students (on study visas F1), and other such categories, in the United States that in future birthright citizenship may be denied to their children born in the United States — or even that their children who were born when the parents are on H1B or F1 visa may face a similar revoking of their American citizenship.