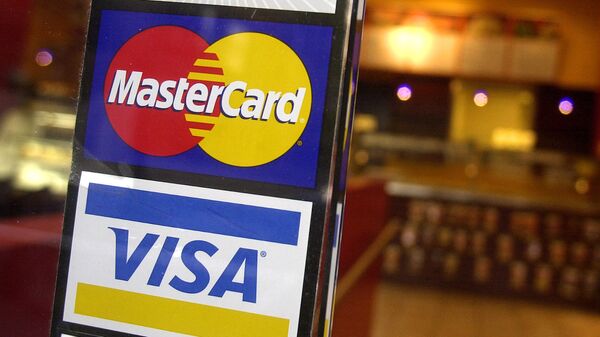 American payment card firms MasterCard and Visa have started losing market to India's own payment card RuPay since the November 2016 demonetization drive that aimed at promoting digital payment among other goals, India's Minister of Finance Arun Jaitley said on Thursday.

On November 8, 2016, India had scrapped the high-value currency notes that comprised of 86% of the total currency then in circulation. The purpose was to digitize the economy to curtail cash transaction and to curb the black economy.

"Today Visa and Mastercard are losing market share in India to indigenously developed payment system of UPI and RuPaY Cards whose share have reached 65% of the payments done through debit and credit cards," finance minister Arun Jaitley said on Thursday.

FM @arunjaitley:Today Visa and Mastercard are losing market share in India to indigenously developed payment system of UPI and RUPAY Card whose share have reached 65% of the payments done through debit and credit cards.

Google, MasterCard Reportedly Have Secret Deal to Track Shopping Habits
The RuPay Card is used both at the Point of Sale (PoS) and for e-commerce.  Its transactions have increased from INR 8 billion before demonetization to INR 57.3 billion in September 2018 for PoS and from INR 3 billion to INR 27 billion in e-commerce.

The Unified Payment Interface (UPI) was launched in 2016 involving real-time payments between two sets of mobile holders.  Its transactions have grown from INR 0.5 billion in October 2016 to INR 598 billion in September 2018.  The Bharat Interface for Money (BHIM) is an app developed by NPCI for quick payment transactions using UPI.  It is currently used by 1.25 crore people.

Jaitley's statement can be validated against a Reuters report published last week which pointed out that MasterCard wrote to the US government in June this year complaining against the Indian government's approach of using nationalism to promote the use of indigenous payment systems.

EXCLUSIVE: Mastercard told the U.S. government in June that Prime Minister Modi was using nationalism to promote the use of #RuPay, and India’s protectionist policies were hurting foreign payment companies, a document seen by Reuters showed https://t.co/HufyCtWM59 by @AdityaKalra pic.twitter.com/4mEM3q9enB

"Increasing rhetoric from the prime minister and government mandates on promotion and preference for RuPay… continues to create market access issues for US payments technology companies," Mastercard said in the note accessed by Reuters.

"Not everyone can go and fight on the borders. Using RuPay is also a kind of national service," Modi had said in June this year.

During his three day visit to Singapore this year, Narendra Modi had launched the country's indigenous mobile payment aimed at increasing the global outreach of the country's digital payment platforms. The RuPay payments system is linked with Singapore's 33-year-old Network for Electronic Transfers (NETS) wherein people of that country can also make payments at all RuPay acceptance points across Singapore.