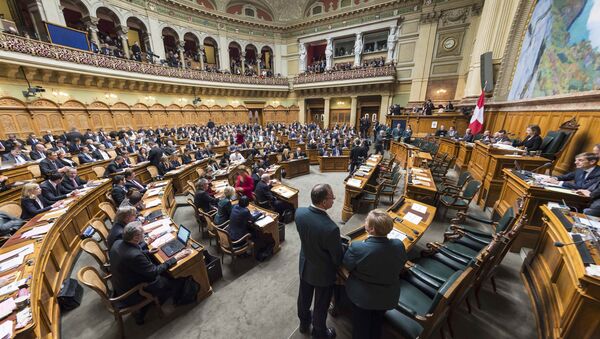 While a number of countries have been increasing political pressure on Moscow, especially regarding the recently emerged Skripal poisoning case, Switzerland tends to take a more considerate approach toward Russia.

Chairman of the Foreign Affairs Committee at the Swiss National Council Elisabeth Schneider-Schneiter has called for abandoning anti-Russia sanctions, the Blick newspaper said on April 2.

"It's better for us to abandon these sanctions for political as well as economic reasons," the outlet says, citing Schneider-Schneiter.

She also supported the idea of restoring Russia's rights at the Parliamentary Assembly of the Council of Europe (PACE).

The parliamentarian's statement comes after it was reported that Switzerland won't introduce any sanctions in regard to the Skripal case.

Russia
Yulia Skripal's Alleged Social Media Account Active While in Coma
Skripal, a former Russian intelligence officer, who also worked for UK intelligence, and his daughter Yulia have been in the hospital since March 4 due to exposure to what UK experts say is the A234 nerve agent.

The Salisbury District Hospital medical staff said that Yulia had come out of a coma, began talking and was recovering rapidly, while her father, former Russian intelligence officer Sergei Skripal, was still in a critical but stable condition.

Following the poisoning, UK Prime Minister Theresa May accused Russia of orchestrating the attack and expelled 23 Russian diplomats. More than 25 countries, including numerous EU member-states, the United States, Canada, Albania, Norway and Ukraine, have announced their decision to collectively expel over 150 Russian diplomats as a sign of solidarity with London on the Skripal case.

Russia, which has consistently denied involvement in the incident, saying the accusations are baseless, expelled dozens of diplomats from the UK as well as from the states supporting the expulsion of Moscow's diplomats in a tit-for-tat response.