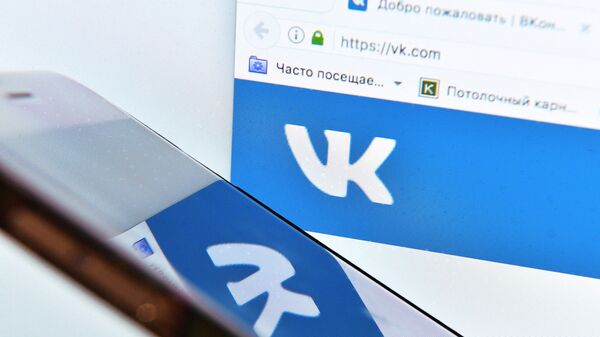 Conspiracy theory fans have made a curious observation: the daughter of the former Russian spy Sergei Skripal appeared to be online on a popular Russian social media network at the same time as British doctors claimed she was in a critical condition after allegedly being exposed to a nerve agent.

On March 4, Sergei and Yulia Skripal were discovered unconscious on a bench in a shopping mall in Salisbury, England, following an alleged chemical attack with the use of a substance identified by police as the military-grade nerve agent Novichok, purportedly developed in Russia. While UK authorities have accused Moscow of “attempted murder,” reporting that the pair was in coma, Yulia logged in on her VK account, which is believed to be her real page, three days after the alleged “attack.”

The screenshot, shared on Twitter, shows that she was last seen on March 7:

Yulia #Skripal last used VK on 7 March while in critical condition at the hospital in #Salisbury 3 days after the alleged nerve agent attack pic.twitter.com/HM9G6TAybl

Last seen. Someone at the hospital could have just turned on her mobile, no?

Well spotted. But as someone said, the cops might have also looked at her phone. Not that I'm saying the whole saga is not very suspicious and the govt/MSM version sounds like total BS. Plus no real proof on how ill they've been. Press could also be under a govt reporting ban.

It is possible that the police were going through her profile?

Who the heck would log in to VK manually? Police took her phone and looked up her entrys. Better delete this tweet.

Interesting. Yulia Skripal's VK page (A Russian Facebook) was last logged in on the 7th March. Just 3 days after the "chemical attack" in Salisbury. Did someone else have her password? pic.twitter.com/0E7JXi6IGr

Is it possible, now possible I say, that somebody else had her login?

…while others suggested that the user saved the screenshot before it was removed, with some observing the signs of conspiracy:

"Yulia Skripal logged into VK while in coma"…. This skripal false-flag was so poorly planned and excuted that is revealing of the rizible incompetence level in the Brit secret services hahaha!

Save the info before it gets deleted.

Yep, allegedly possibly probably it was highly likely supposedly to log in.

Is it possible she wasn’t sick at all?

I don’t want to be “dick” but it seems that is a Jesus like miracle when people come from after-life to check their social media accounts! Excellent research & posts👍👍👍👍!!! You are a genuine journalist ✅!!! 🎩 off!!

Yulia has reportedly recently regained consciousness and the ability to talk, eat and drink, with doctors promising that her memory will fully recover over time.

READ MORE: Yulia Skripal Could Fully Recover After Nerve Agent Attack, But It May Take Time

On April 1, Russian Ambassador to the UK Alexander Yakovenko called the Skripal incident a “provocation” carried out by UK intelligence.

"This provocation has been carried out by UK secret services. We are not provided with any facts, they refuse to cooperate with us. Such a state of affairs brings us to the judgment that it is a provocation organized by the secret services," Yakovenko told the NTV broadcaster.