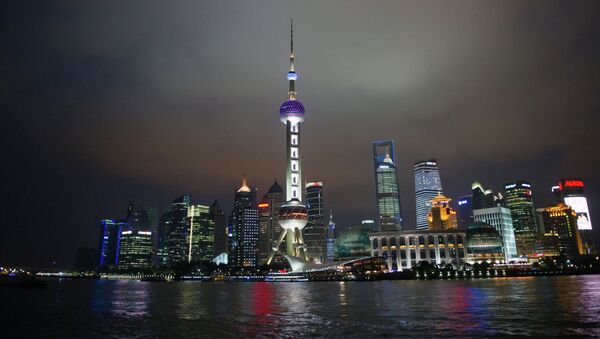 As China's New Silk Road project is seemingly aimed at a "revolutionary change" in the global economic map, it may lead to a serious confrontation between the East and the West over Eurasian dominance, says US analyst Robert Berke.

Washington's new Trans-Pacific Partnership (TPP) initiative that leaves out both China and Russia, has clearly demonstrated that US participation in China's New Silk Road project seems unlikely while its "opposition is all but certain," American energy financial analyst Robert Berke stated in a recent article on Oilprice.com.

"The [New Silk Road] project aims at no less than a revolutionary change in the economic map of the world. It is also seen by many as the first shot in a battle between east and west for dominance in Eurasia," the financial analyst stressed.

The ambitious project is meant to create a modern transit, trade and economic corridor, running from Shanghai to Berlin and forming an economic zone which will cover a population of 4.4 billion with an economic output of $21 trillion, Robert Berke elaborated.

As part of the financing of the project, Beijing has invited the international community to join its Asian International Infrastructure Bank (AIIB) initiative, and some 58 countries including most of Western Europe as well as 12 NATO members have already seized this "golden opportunity."

"In a world where economic growth is tepid, with Europe still struggling with the aftermath of the global recession, along with China's growth slowdown, where else could a project that promises so much opportunity be found?" the analyst asked rhetorically.

Moscow, Beijing Build Up Ties in Face of US, NATO Expansion – Russian MP
Berke underscored that the United States could contribute a lot to the Silk Road project, including technology, experience and resources. While the China-led project could "enhance US objectives," Washington could in its turn improve the outcomes of the New Silk Road initiative.

However, it is unlikely that Washington will join this "gold rush," the analyst noted, referring to Barack Obama's recent TPP deal, that "pointedly leaves out" Beijing and Moscow, two Pacific powers.

"If we don't write the rules, China will write the rules out in that region," the US President said about the Trans-Pacific Partnership deal, as quoted by Berke.

New Iran Port Deal Paves Way for Russia-India Corridor
Pointing to the fact that US European allies turned a deaf ear to Washington's vocal opposition to the China-led project, Berke notes that some nations are also ignoring the US sanctions policy against Russia and Iran.

For instance, China and India are developing natural gas pipeline projects involving Tehran. These plans are "clearly in defiance of international sanctions" on Iran, but neither Beijing nor Delhi seem concerned. Furthermore, China has been also bolstering its cooperation with Moscow, despite Washington's displeasure.

What makes matters even worse, New Delhi has recently exposed that a number of American energy companies are also trying to conclude deals with Iran, while European policy-makers are considering cooperating with the Middle Eastern power.

Playing With Fire: US Unleashes Hybrid 'Proto-War' Against China
"What then of sanctions? Sanctions only work in a world united behind them. If a large part of the world chooses to ignore sanctions, they become unenforceable," the analyst stressed.

China's massive project has already triggered dramatic changes in global policy, but it is likely to face a lot of Western geopolitical obstructions. "The great game" for the dominance in Eurasia between the East and the West will continue.

It is evident that geopolitical conflicts over the Silk Road Project may unleash a new Cold War between the East and the West, the analyst highlighted, adding that the outcome "is far from certain."