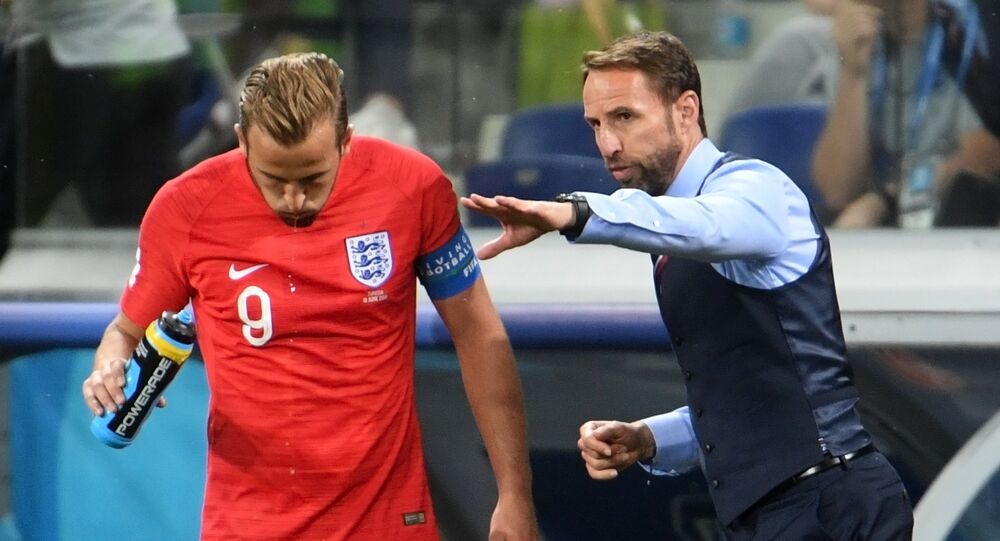 Did England Avoid Humiliation by Failing to Reach the 2018 World Cup Final?

Wednesday’s semi-final match marked an end to England’s bid to lift the 2018 World Cup trophy, though they’re still to play Belgium in the third-place play-off on Saturday.

England got off to an ideal start against Croatia, taking an early lead from a freekick, but the three lions failed to increase their advantage, with both Raheem Sterling and Harry Kane missing key chances in the latter part of the first half.

© Sputnik / Ramil Sitdikov
'It's Coming Home': England Expects Cup But Modric and Croatia Stand In Way of Glory
Croatia were on the front foot throughout much of the second half, and sure enough, they equalized in the 68th minute, with Inter Milan forward Ivan Perisic finally beating Jordan Pickford. In extra time, after a shaky clearance by England’s defense, Juventus striker Mario Mandzukic scored the winning goal, launching his team into the final.

Although they only narrowly missed out on progressing to the final, it can be argued England didn’t even deserve to be in the semi-final and potentially avoided humiliation by not going on to play France’s star-studded team.

Despite encouraging spells during their opening match against Tunisia, England just about managed to beat one of the lowest ranked teams in the tournament. In their second group stage match, they comfortably thrashed Panama, but were unable to keep a clean sheet against the Central Asian side.

England’s first real test came against Belgium, but both managers opted to field their second-string teams, so the match didn’t offer a true indication of the teams’ relative performance in a competitive setting.

In any case, Belgium looked the better side over the course of the match, and ultimately emerged victorious after Real Sociedad winger Adnan Januzaj scored a stunning goal.

© Sputnik / Anton Denisov
'Justice for Colombia': Mass Support for Petition Urging England Game Do-Over
In their round of 16 match, England failed to score a single goal from open play, with skipper Kane scoring from the penalty spot just after half time, before Columbia equalized, forcing the game into extra time and a penalty shootout.

If they were able to make it to the final against France, it’s hard to imagine they’d be able to beat Didier Deschamps’ team, but, at the same time, the score line is unlikely to have suggested they were thrashed, as the French side have generally held back after gaining an advantage over their opponents.

Although this strategy has made for some boring games, it has worked for them thus far, and we can expect them to utilize it during the World Cup final against Croatia this Sunday at Moscow’s Luzhniki Stadium.