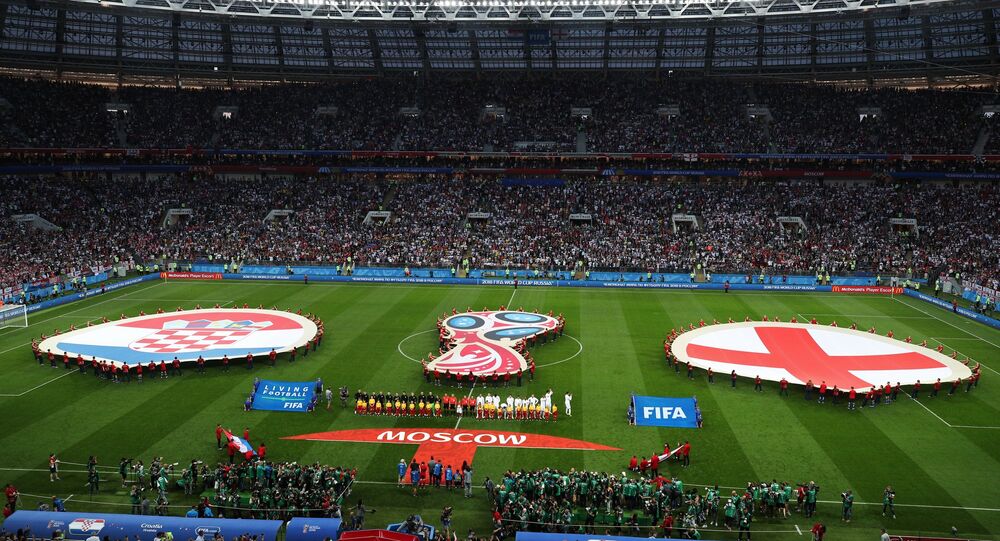 A football match to decide whether of the two teams - Croatia or England, will make it to the finals is being held at the Luzhniki Stadium in Moscow.

England has managed to score its first goal just five minutes after the beginning of the match. However, Perisic managed to tie the game 1-1. Croatia striker Mario Mandzukic scored the game-winning goal in the 109th minute. Croatia will now play in their first-ever World Cup final

© Sputnik / Ramil Sitdikov
WATCH Croatia Fans Unfurl 'Thank You Russia' Banner Amid 'Glory to Ukraine' Spat
Croatia beat Russia on penalties in Sochi on July 8 to book a spot in the World Cup semi-finals, while England outclassed Sweden 2-0 the day before Croatia's victory.

England was last at this stage in 1990, when they lost to West Germany on penalties in that famous game when midfielder Paul Gascoigne was left in tears after being booked. Croatia last made its way to the semi-finals in 1998, where it was beaten by the host-country France.