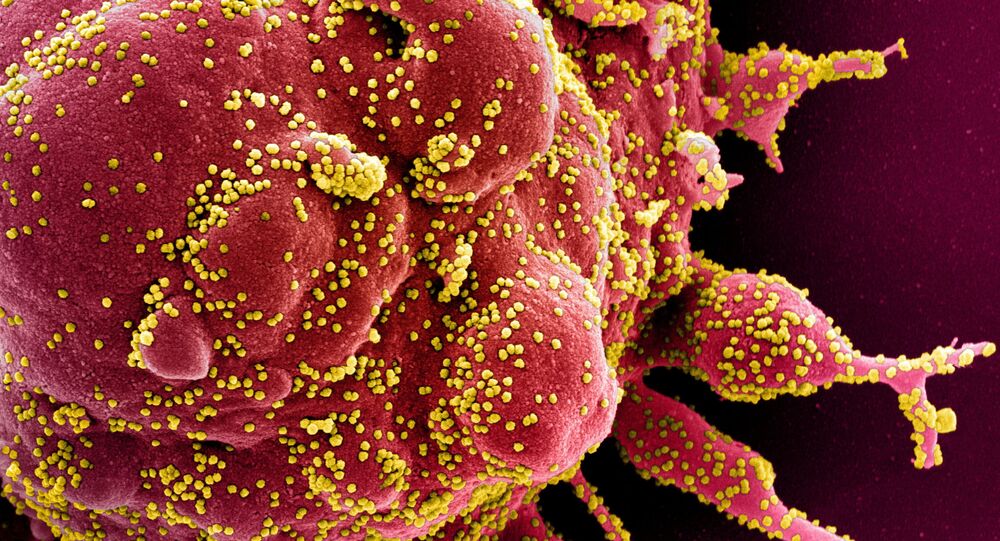 ‘We May Never Know' COVID-19 Origins, Claims Scientist Who Failed to Find 'Smoking Gun' of SARS

The COVID-19 pandemic has prompted scientists all over the world to endeavour to pin down the origins of the respiratory virus, with President Joe Biden ordering US intelligence agencies in May to report on their own probe within 90 days, as Chinese experts urge to stop politicising the issue.

Amid the ongoing hunt for the origins of SARS-CoV-2, the virus that causes COVID-19, some scientists have acknowledged that despite their best efforts the world may never know exactly what unleashed the pandemic, writes the Wall Street Journal.

Linfa Wang, 63, a professor involved in the emerging infectious diseases programme at Duke-NUS Medical School in Singapore, is an expert in bat viruses. Bats – popular as food and traditional medicine in some areas in China – comprise a fifth of all mammals. According to disease experts, they create a large group of potential disease spreaders.

Wang has now joined the fray, but – along with fellow scientists - he's still searching for the source of a different coronavirus – SARS – which causes severe acute respiratory syndrome and emerged in 2002 killing nearly 800 people globally.

He believes that research into the origin of SARS and other deadly viruses can serve as a “cautionary example” to those who have taken on the challenge.

SARS started as an outbreak in China. At the time, the Chinese government found itself under fire for not sharing information quickly enough with the public and with World Health Organisation (WHO). Bats were suspected at the time, as is the case now with COVID-19.

Driven by a search for definitive proof of this theory, Wang was a member of the 2003 WHO mission investigating SARS, and subsequently collaborated with virus researchers in China for over a decade.

Attention fell on a population of horseshoe bats occupying a cave in Yunnan province. Guano from the cave floor was analysed for viruses, while blood, saliva, and urine samples were taken from captured bats.

According to the team, bats populating the same cave had infected each other with a succession of different viral strains. After these had mixed together they created a SARS-like virus that was passed onto humans.

They also issued a warning that other SARS-like coronaviruses capable of infecting people were circulating among bats in the region, rendering another SARS-like epidemic a real possibility.

However, viable as their research was at the time, the conclusions cited were the closest they could come to finding the origins of the disease.

“There is still no smoking gun. We have never found a bat that is the source of SARS that humans have,” Wang said.

Wang was cited as claiming that the ongoing search for SARS-CoV-2's origins has been mired in politics.

Referring to China being criticised for delaying entry to a WHO-led team that travelled there in January 2020 to investigate the outbreak, he said:

“No one wants you to find a virus in their country.”

In January, international experts travelled to Wuhan where they examined a laboratory, hospitals, and markets for clues on the origins of SARS-CoV-2. WHO then compiled a report, saying that a leak of the new coronavirus from a laboratory in Wuhan, the first hotbed of COVID-19, was very unlikely. The report, released in March, said that the new virus was most likely transmitted to humans from bats through an intermediary host.

However, recently, the US and other countries called for a second phase of studies to explore the two main hypotheses: that the virus resulted from a lab leak or jumped to humans from infected animals.

The Biden administration ordered in May that US intelligence agencies report on COVID-19's origins within 90 days. Despite the US government and politicians pushing their political agenda in accusing China of the so-called “lab-leak theory,” targeting a number of global scientists and the Wuhan Institute of Virology (WIV), most scientists spoke out to dismiss the theory.

For example, Danielle Anderson, the only foreign scientist to have worked at the WIV, was quoted as saying in a Bloomberg report on June 28 that no one she knew there fell ill at the end of 2019.

Her statement followed a report in the Wall Street Journal claiming three researchers from the lab were hospitalised with flu-like symptoms as far back as in November 2019. Anderson lauded the lab as having the highest biosafety designation.

Looking back on the many inconclusive findings throughout his research, Wang is resolved not to give up.

“We may never know… We will keep looking,” he said.