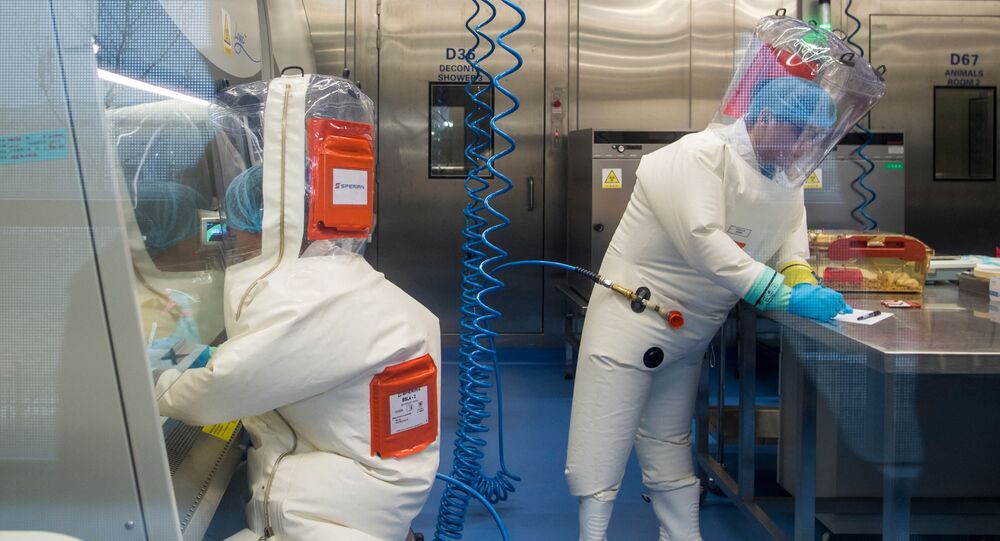 The news comes amid heightened attention to the origin of the infectious disease, which has so far infected 178 million and killed 3.8 million, according to Johns Hopkins University. Initially, scientists brushed aside allegations that SARS-CoV-2 was a man-made virus as conspiracy theories.

The Wuhan Institute of Virology had "all the genes" of wild bats to make a SARS coronavirus similar to the epidemic strain back in 2017, the National Pulse reported, citing an article printed that same year in the Science News journal. According to the outlet, the team, led by Shin Zhengli, whom the media dubbed "the bat woman", had been surveying wild bats in China’s Yunnan province for five years.

They discovered 11 strains of SARS-related viruses "in horseshoe bats (especially in Rhinolophus sinicus)", which were similar to "the human version of SARS".

The National Pulse writes that the article from Science News was cross-posted on the website of the Wuhan Institute of Virology, but was later deleted. The article also features a remark from US virologist Dr Ralph Baric.

"The viruses are poised to cause future outbreaks. We can’t let our guard down", wrote Dr Baric.

It is unclear why the US outlet decided to report on the story now, as the Wuhan Institute of Virology has been studying SARS-like coronaviruses since an outbreak in 2002 in the south of China. Reports say Chinese scientists sampled thousands of horseshoe bats, which are said to be natural reservoirs of SARS-like viruses.

As mentioned earlier, at the beginning of the coronavirus pandemic, hypotheses that COVID-19 originated in a lab in the Chinese city of Wuhan, where the first cases of the disease were reported, were dismissed as wild conspiracy theories.

Scientists maintain that the virus originated in bats, jumped to an intermediary animal (most likely a pangolin), and then to humans. The World Health Organisation has also supported this theory and said it was "extremely unlikely" that the virus was man-made.

However, a recent report by The Wall Street Journal appears to have changed the attitude towards the lab-leak scenario. The newspaper wrote that three employees at the Wuhan Institute of Virology became sick "with symptoms consistent with both COVID-19 and common seasonal illness" in November 2019, several weeks before Chinese authorities announced the first case of SARS-CoV-2. According to the outlet, the researchers were so ill that they sought hospital care.

Following the report, the Biden administration has announced a new probe into the origins of the pandemic, a move that prompted a strong rebuke from Beijing. China accused Washington of “political manipulation" and said the White House “does not care about facts and truth, nor is interested in serious scientific origin tracing”.