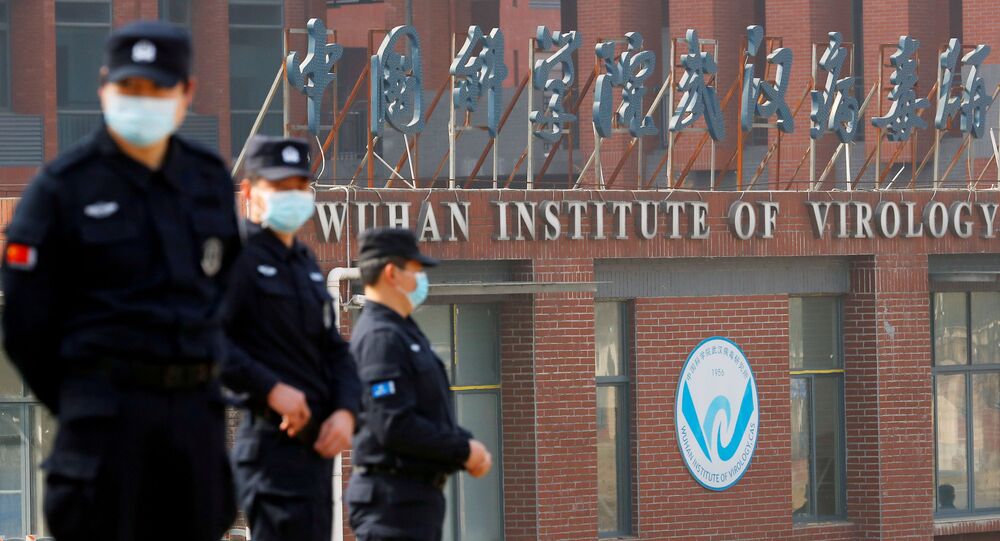 Beijing has repeatedly denied allegations that the Wuhan Institute of Virology created and accidentally released the COVID-19 virus into the world in 2019.

Dr Shi Zhengli, a prominent Wuhan-based virologist, has been linked to at least two Chinese military scientists who cooperated with her on COVID-19 research in the past, NBC News has claimed in a report.

Shi was dubbed by the Chinese media "Bat Woman" for her consistent work with bat coronaviruses and included in Time magazine's 100 Most Influential People of 2020.

Earlier this year, Shi flatly denied allegations that the Wuhan Institute of Virology (WIV) conducted studies with the Chinese military after she was accused by the US of carrying out risky experiments with SARS-like coronaviruses of bat origin.

The news network cited David Asher, a former State Department adviser as saying he is "confident" that the Chinese military was funding a "secret programme" involving coronaviruses. In January 2020, Asher co-authored a fact sheet on activity inside the Wuhan Institute of Virology.

The ex-adviser argued that he had received the information from foreign scientists inside the lab who ostensibly saw some researchers there in military garments. WIV officials have repeatedly insisted that the facility is only used for civilian purposes.

The NBC report comes weeks after Anthony Fauci, the US president's chief medical adviser, urged China to release the medical records of nine people, which may shed light on whether the coronavirus first emerged as the result of a lab leak. Fauci also serves as head of the US National Institute of Allergy and Infectious Diseases (NIAID).

The records are related to three WIV researchers who reportedly fell ill in November 2019, and six miners who became sick after entering a bat cave in 2012. The researchers subsequently visited the cave to take samples from the bats, while three of the miners eventually passed away.

In a previous interview with newspaper the Financial Times, Fauci said that he continues to believe the coronavirus was first transmitted to humans via animals, arguing that even if the WIV scientists did have COVID-19, they could have contracted the disease from the broader population.

The interview followed Fauci asserting that recent revelations suggesting he was warned at the very outset of the pandemic that COVID-19 may have been "engineered" had been "taken out of context".

In late May, US President Joe Biden gave his country's intelligence agencies 90 days to obtain and analyse more information on the origins of the coronavirus, also vowing to prod China to "participate in a full, transparent, evidence-based international investigation and to provide access to all relevant data and evidence".

© AP Photo / Mark Schiefelbein
Covid’s Hyper-Efficient Human-to-Human Spread Lends Credence to Lab Leak Theory, Ex-CDC Chief Says
This was preceded by the World Health Organisation (WHO) releasing the full version of its report on the coronavirus' origins, in which the UN body called a leak of COVID-19 from a laboratory very unlikely. The report also suggested that the virus was most likely transmitted to humans from bats via another animal.

The former Trump administration repeatedly claimed the disease had originated in a Wuhan lab, with the 45th president referring to COVID-19 as the "China virus" and Beijing rejecting the allegations.