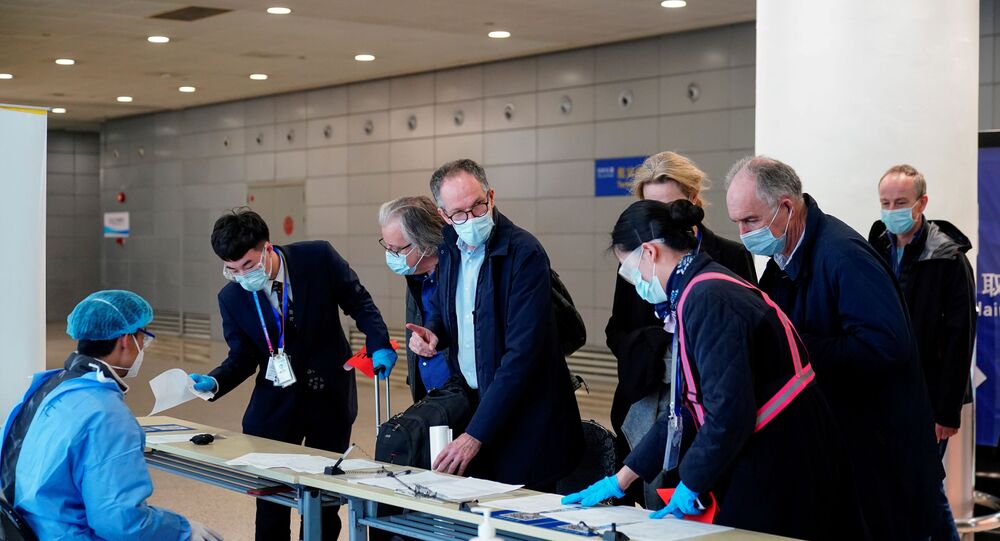 BEIJING, March 31 (Sputnik) - China highly appreciates the professionalism and scientific approach of the World Health Organization (WHO) experts who contributed to the publication of the report after a visit to China's Wuhan to study the origin of COVID-19, the Chinese Foreign Ministry said in a statement.

The WHO on Tuesday released the full version of a report by an international group of experts of the organization on a visit to the city of Wuhan to identify the origin of the coronavirus, in which it called the leak of COVID-19 from a laboratory very unlikely.

The report also says the new type of coronavirus was most likely transmitted to humans from bats through another animal.

"We have noticed that the WHO has already published a report on the study of the causes of the origin of the new type of coronavirus. The Chinese side highly appreciates the scientific approach, professionalism and efforts of the international and Chinese experts who took part in this study," the Chinese ministry said.

The experts also concluded that there appeared to be "no unusual clustering" of pneumonia cases in the weeks and months preceding the initial outbreak.

The WHO team concluded a month-long research trip to Wuhan - where the first cases of COVID-19 were reported in December 2019 - last month, probing several sites in the Chinese city under suspicion of being the original source of COVID-19, including a wet market and the BSL-4 high-security lab in the Wuhan Institute of Virology.

© REUTERS / Thomas Peter
Dominic Dwyer, a member of the World Health Organization (WHO) team tasked with investigating the origins of the coronavirus disease (COVID-19), sits in a car arriving to Wuhan Institute of Virology in Wuhan, Hubei province, China February 3, 2021.

The United States and 13 other nations have jointly announced their concerns over the recent WHO study because it was late in coming out and failed to include complete data and samples, the State Department announced on Tuesday.

During the height of the COVID-19 pandemic, the former US administration of Donald Trump was claiming that the virus came from a lab. Then-president Trump also repeatedly referred to COVID-19 as the "China virus."

China has repeatedly denied allegations that the virus came from a lab while the WHO has said the published genomic sequence proves its of natural origin.