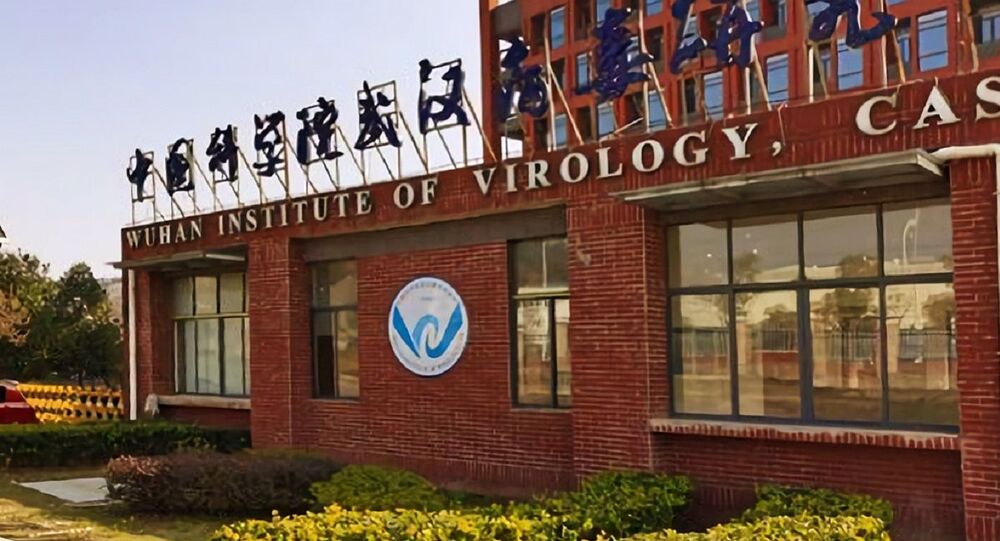 Prominent US and Australian scientists focused on the COVID-19 origins tracing are now facing tremendous political pressure, and some have been sidelined for not yielding to politicians-driven conspiracy theory on the matter and received anonymous threatening letters with bullets, the Global Times learned from people familiar with the matter.

Chinese experts have urged the US to stop politicising the origin-tracing research and conduct a comprehensive investigation in the US.

For example, Anthony Fauci, who advises US President Joe Biden and leads the National Institute of Allergy and Infectious Diseases, has been a target of the GOP. Elise Stefanik, the House Republicans conference chair, sent a fundraising email recently with the subject "Fire Fauci" and senator Josh Hawley also tweeted that Fauci's recently released emails and investigative reporting about COVID-19 origins are shocking. The time has come for him to resign and for a full congressional investigation into the origins to take place, according to US media reports.

© REUTERS / THOMAS PETER
Staff members in protective suits stand at Hubei Provincial Hospital of Integrated Chinese and Western Medicine where members of the World Health Organization (WHO) team tasked with investigating the origins of the coronavirus disease (COVID-19) are visiting, in Wuhan, Hubei province, China January 29, 2021.

Under such growing political pressure, Fauci has been increasingly ambiguous in his rhetoric. Another US scientist, who also took part in the WHO-China joint team on the research of the origins, has also been a target of such attacks, the Global Times learned. After collaborating in the project with China, Peter Daszak, president of EcoHealth Alliance, was recused from the UN-backed commission work on the origins of the epidemic.

A source close to the matter told the Global Times earlier that the US scientist is being personally threatened by emails, phone calls and messages on social media, and people who attacked him generally have far-right and even white supremacist leanings. GOP members of Congress are whipping those extremists up now.

"There is a coordinated political campaign to undermine anyone involved in the origins work if they do not fit the lab leak narrative. This is coming mainly from the right-wing circles in the US, Australia, and in Europe, mainly the UK", the source said.

In the meantime, some so-called "international scientists" seeking attention have been making grandstanding campaigns by issuing open letters to call for an investigation into the COVID-19 origins.

It's revealing that some so-called "international scientists" who recently called for a COVID-19 origins inquiry were politicians with political agendas. But many scientists who truly uphold the spirit of science - objectivity and impartiality - have been attacked by some governments and extremists, or even received death threats, Chinese Foreign Ministry spokesperson Wang Wenbin said at Monday's routine press conference. Wang said that the right idea was to carry out more in-depth and detailed scientific studies in a wider range.

Letting politics override science is not only prevailing in the US but also in Australia. Evolutionary biologist Edward Holmes at the University of Sydney, who released an open letter back last April, is being probed by the Australian government.

In the letter, Holmes claimed that there was no evidence that SARS-CoV-2, the virus that causes COVID-19 in humans, originated in a lab in Wuhan, Central China's Hubei Province. Like many others who oppose the lab-leak theory, Edward Holmes has received a number of threatening letters with real bullets, the Global Times learned from the people familiar with the matter.

He was threatened that if he continued expressing opinions on the origins of the virus, he may face even further crackdown, a source close to the matter said. Due to the tremendous pressure Holmes faces, he is undergoing psychotherapy and is unable to carry out normal scientific research work, the source said.

© REUTERS / THOMAS PETER
Security personnel keep watch outside the Wuhan Institute of Virology during the visit by the World Health Organization (WHO) team tasked with investigating the origins of the coronavirus disease (COVID-19), in Wuhan, Hubei province, China February 3, 2021.

According to a Sydney Morning Herald report in October 2020, Holmes became the target of online harassment after he co-authored a paper in Nature Medicine debunking the pervading conspiracy theory that the virus was engineered in or escaped from a laboratory in Wuhan. He also received "death threats" from conspiracy theorists, the report said.

Though the US government and politicians have been pushing forward their political agenda in bashing China with the lab-leak theory, targeting a number of global scientists and the Wuhan Institute of Virology (WIV), most scientists spoke out and dismissed the theory, reiterating that the most likely scenario is that the virus has a natural origin.

For instance, Danielle Anderson, the only foreign scientist who once worked at the WIV, was quoted as saying in a Bloomberg report on June 28 that no one she knew at the Wuhan institute was ill toward the end of 2019. Recently the Wall Street Journal falsely claimed three researchers from the lab were hospitalised with flu-like symptoms in November 2019. She also described the place as having the highest biosafety designation with very strict procedures.

After she told Health Feedback that it's "simply false" to label the WIV as a bioweapons research lab, she had her name "trashed so viciously by extremists she had to call in the police", the Sydney Morning Herald reported on Sunday.

© AP Photo / Ng Han Guan
A security official moves journalists away from the Wuhan Institute of Virology after a World Health Organization team arrived for a field visit in Wuhan in China's Hubei province on Wednesday, Feb. 3, 2021

"I really find it hard to think that if something escaped from a laboratory it would be this difficult to prove that concept. Among other things, it is an unknown virus that has no signs of genetic engineering inside", said Massimo Galli, director of Infectious Diseases at Milan's Luigi Sacco Hospital, the Adnkronos reported on June 22.

He said that there is a 99-percentage chance that the spread of the virus is a natural event. "This story of the laboratory virus does not have the slightest basis from a scientific point of view to be carried forward," added Galli.

Next Country for Tracing Virus Origins: the US

The US National Institute of Health issued a new antibody testing study that suggested the virus was present in some states in late December 2019, earlier than the first case reported in the country in January 2020. With some US scientists reporting earlier cases, Chinese scientists have urged that these cases should serve as evidence for the next-stage virus-tracing investigations in the US.

In the All of Us study, by the US institutes released on June 15, researchers analyzed more than 24,000 stored blood samples contributed by programme participants across all 50 states between January 2 and March 18, 2020.

"In this study, the first positive samples came from participants in Illinois and Massachusetts on January 7 and 8, 2020, respectively, suggesting that the virus was present in those states in late December," it said.

However, the study authors noted several limitations to their study. While the study included samples from across the US, the number of samples from many states was low.

But more large-scale epidemiological surveys are needed in the US to identify the relationship between these cases and those in other countries and regions, including Wuhan, to determine the origin and transmission route of the virus.

Yang mentioned the outbreaks of flu and pneumonia-related to the use of E-cigarette in the US prior to the COVID-19 pandemic, calling for the US to release epidemiological surveys into these outbreaks, if they did any, to find out if they were COVID-19 cases.

The US has nearly all the variants spreading around the world, based on this, the virus most likely originated in the US rather than the Wuhan lab, according to Yang.