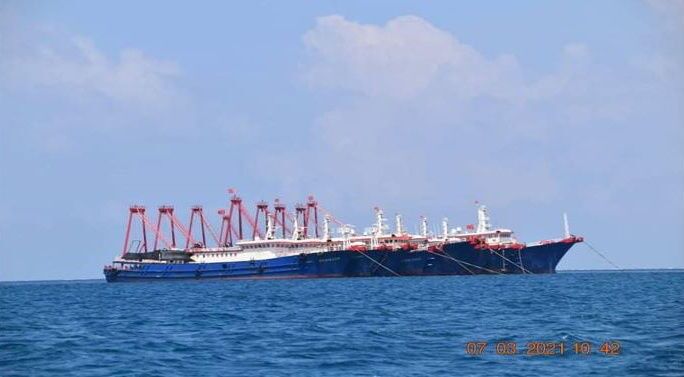 A group of Southeast Asian nations and China have been jointly working on a code of conduct for the South China Sea for more than three years to prevent tensions in the region over maritime boundaries. With the first draft of such a regional framework made available in 2018, China had expressed hope that the code will be finished in 2021.

Indian Defence Minister Rajnath Singh has raised the issue of the ongoing negotiations regarding the code of conduct in the South China Sea at the ASEAN Defence Ministers' Meeting Plus (ADMM plus) on Friday, asserting that interests of other countries in the region should not be disregarded.

“India hopes that the Code of Conduct negotiations will lead to outcomes that are in keeping with international law, including the UNCLOS [the United Nations Convention for the Law of the Sea] and do not prejudice the legitimate rights and interests of nations that are not party to these discussions,” Rajnath Singh said while underlining that developments in the South China Sea have attracted attention in the region and beyond.

The minister reiterated that India supports freedom of navigation, over flight, and unimpeded commerce in these international waterways.

© AP Photo / Zha Chunming
In this Friday, July 8, 2016, file photo released by Xinhua News Agency, Chinese missile frigate Yuncheng launches an anti-ship missile during a military exercise in the waters near south China's Hainan Island and Paracel Islands. China is holding another round of military drills in the South China Sea amid an uptick in such activity in the area highlighting growing tensions

China claims sovereignty over all of the South China Sea, while several ASEAN member countries, including Vietnam, Philippines and Brunei, have rival claims. To prevent tension, these regional parties started negotiations in 1990 and the first draft of the code of conduct was made available in 2018. According to the schedule, ASEAN and China should finish the code by 2021.

There had been concern about a Chinese proposal during the negotiations for the South China Sea code of conduct to limit the involvement of third parties in the region, especially for military exercises.

The Indian defence minister has also warned the member countries about looming threats of cyber security as demonstrated by incidents of ransomware, Wannacry attacks and crypto currency thefts.

“A multi-stakeholder approach, guided by democratic values, with a governance structure that is open and inclusive and a secure, open and stable internet with due respect to sovereignty of countries, would drive the future of cyberspace,” Singh said.

As a founding member of the Heads of Asian Coast Guard Agencies Meeting, India seeks to enhance capacity building through collaboration in the areas of maritime search and rescue.