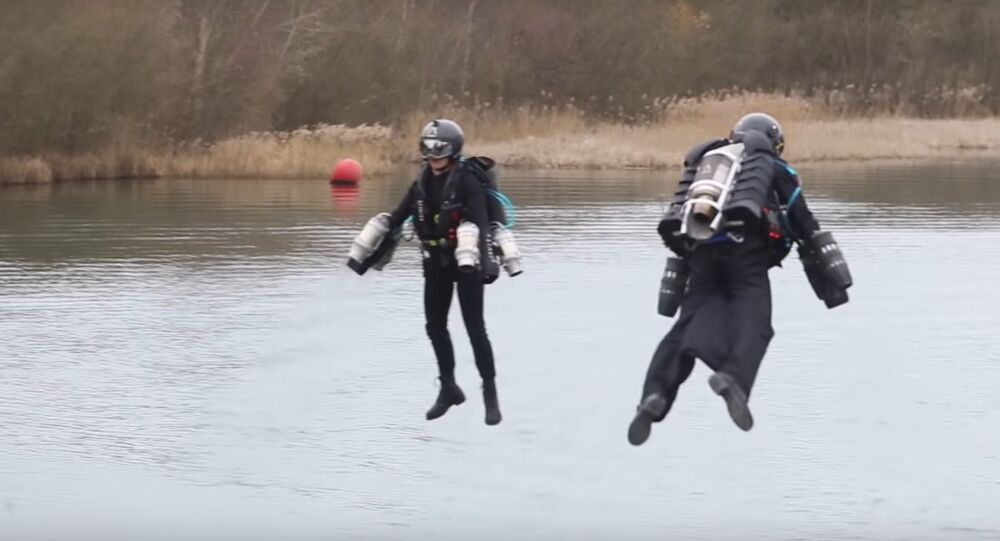 A stunning video was shared by the US Naval Institute's Twitter feed on Friday, showing a Royal Navy assault team practising stunts that seemed like something straight out of an action film.

The UK's Royal Navy has been seen practising storming potential enemy vessels with the use of real-life Iron Man-style jet suits.

With a flight time of eight minutes, the suits give the wearer the ability to fly using five mini jet engines, with four strapped to his hands and one on his back.

The jets are said to be able to reach a speed capacity of 55 mph (88.51 kph). They are also able to generate a stunning brake horsepower of 1000bhp.

#FunFactFriday - The Royal Navy has been testing Jet Suit assault teams to determine if the Iron Man-like suits could be used to rapidly swarm and board ships. U.S. Special Operations Command is also evaluating a jetpack that can reach speeds of more than 200 mph. pic.twitter.com/mo5FoGWkDu

​The action-packed footage was widely shared on the Twitter page of the US Naval Institute, showing one man clad in the suit flying through the air from a sea vessel and successfully landing on a ship, only to return back to the vessel he took off from.

Another video shows four men in jet suits “levitating” effortlessly towards a vessel, as they soar through the sky, and shaking hands to congratulate each other after accomplishing the feat.

In the accompanying caption, the US Naval Institute wrote that the tests were to determine whether “Iron Man-like suits” were a viable option for use to “swarm and board ships”.

The Institute added that US Special Operations Command was currently evaluating a jet pack that could potentially “reach speeds of more than 200 mph".

The Jet Suit was made by Gravity Industries, a British “human propulsion technology start-up", founded in 2017 and headquartered in Salisbury, UK.

The suits have been making the rounds since then, with British inventor and founder of Gravity Industries Richard Browning demonstrating how they work.

​Browning, dubbed the "real-life Iron Man" by media outlets around the world, once achieved a speed of 32.02 miles per hour (51.53 km/h) with the suit during a Guinness World Records attempt for “Fastest speed in a body controlled jet engine powered suit”.

Gravity Industries has developed a jet suit for paramedics, potentially allowing them to fly up mountains and reduce the time it takes to help people to a fraction of what it once took. The suit is able to reach an altitude of 12,000 feet and move at more than 50 km per hour. 🚀 pic.twitter.com/8LEj846IBt

​In September, a jet suit for paramedics was tested over the Lake District by the Great North Air Ambulance Service, to discover that the “flying paramedics” were able to reach patients within minutes.

'Now I Have a Machine Gun': Jet Suit Gets a Head-Tracking Turret Mount