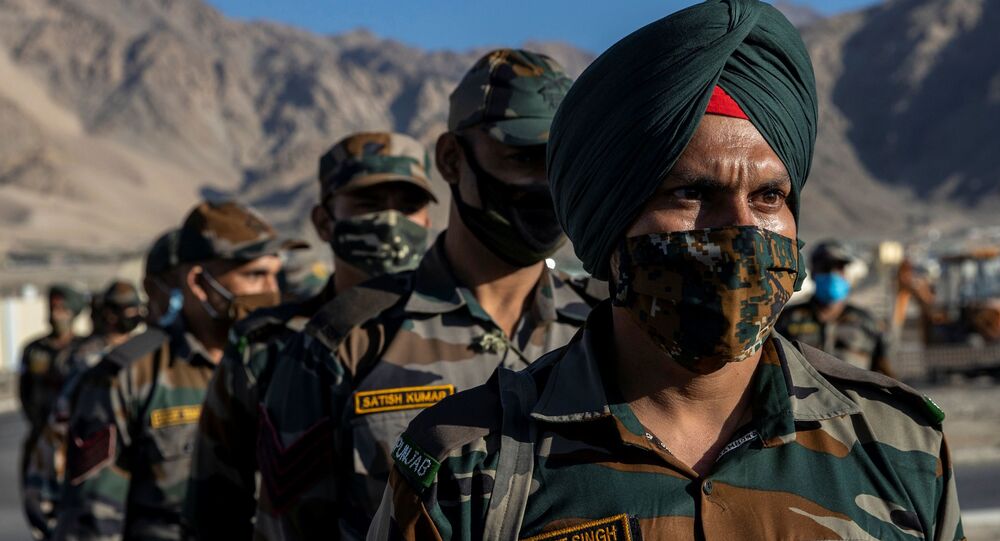 The Trump administration has been pushing the other three QUAD members — India, Japan, and Australia — to form voluntary groupings in Asia to counter what it sees as the growing power of China. Nevertheless, the US State Department admitted that other countries are not forward-leaning on countering the "threat" posed by China.

During a Tuesday media briefing, US State Department officials brought up the recent clashes between Indian and Chinese troops in eastern Ladakh, "where you've actually got people beating each other to death", in order to explain the need for groupings of likeminded nations in the region.

"If you look at the single thing that's driving all this, it's a sudden turn toward gross aggression by the Chinese government in its entire periphery. I mean, you take it all the way around the Indo-Pacific and its western borders; you're seeing things that you haven't seen before, and these are responding to that", a US State Department official said in the briefing on Pompeo's visit to Japan.

The remark was made as two senior State Department officials said that America would like to form "results-oriented multilateralism in Asia" involving QUAD members - India, Japan, and Australia.

The officials underlined that the voluntary groupings in Asia will include like-minded nations who share the common values of democracy, the rule of law, a respect for human rights, and individual freedom.

They, however, emphasised that such groupings aren't about a US-China dispute.

"This is about the free world versus Chinese authoritarianism", one of the officials said.

© AP Photo / Jonathan Ernst
US Indicates NATO-Like Alliance in Indo-Pacific to Contain China in Every Sphere
While explaining the reason behind the recent conflict in eastern Ladakh, they called out "the change" in Beijing's behaviour in the region which according to them is driven by "a race to get to certain goals".

"They talk about their 2021 centenary goal, their 2035 goal, and their 2049 goal. They're accelerating. There's also been this unfortunately bashing of nationalism inside the PRC by the government, which then corners it to do things that it otherwise would have been able to back down from", one of the officials added.

Nevertheless, India has remained reluctant to form such a grouping in the Asian region so far. Indian Air Force chief RKS Bhadauri on Monday categorically stated that there has been no coordination with US forces in relation to border tensions with China.

"American deployments are done as per their perspective. We don't plan our efforts with support from someone else. They have not been deployed in coordination with us. We have to fight our own wars. No one will fight our wars for us. We have to do it ourselves", Bhadauria said.

The Air Chief was asked to comment on reports that suggested American deployment of B-2 bombers in the Indian Ocean was to deter the Chinese from any misadventure in Ladakh.

In June of this year, US Secretary of State Mike Pompeo said that the Chinese threat to India and Southeast Asia is one of the reasons the United States is reducing its troop presence in Europe. China claims the South China Sea as sovereign territory and has built military bases on artificial islands.

India and China have been in a border standoff along the Line of Actual Control since the last week of April. A violent face-off between the troops of the neighbouring countries in Pangong Tso on 15 June left 20 Indian Army soldiers dead, resulting in a series of disengagement talks at the diplomatic and military level.