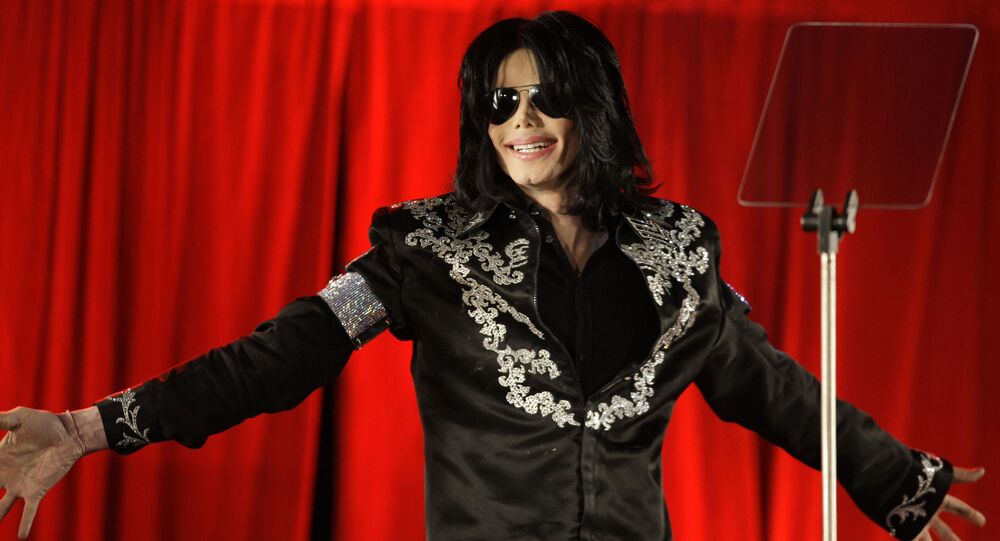 New Delhi (Sputnik): While Michael Jackson fans worldwide continue to replicate his moves, including the moonwalk eleven years after his demise, his secret diary reveals he was eyeing to become a multi-billionaire just months before his death in June 2009.

The King of Pop was obsessed with the idea of being "immortalised" and wanted to be "the greatest ever", revealed the secret diary of Jackson hashed out in a book by journalist Dylan Howard.

"If I don’t concentrate on film, no immortalisation", the excerpt of "Bad: An Unprecedented Investigation into the Michael Jackson Cover-Up" quoted Jackson as saying by The Mirror.

It reveals that Jackson was planning on becoming a "the first multi-billionaire entertainer-actor-director" with a number of plans he had for himself. He wanted to hire a merchandising guy, playing concerts in Las Vegas as well as immortalise himself just like his idols Charlie Chaplin and Walt Disney.

The book says he was exploring ideas to make his dreams come true by raising money by doing Cirque du Soleil concerts and securing brand deals with Nike-like companies.

Jackson also wanted to remake the classic 20,000 Leagues Under the Sea and The 7th Voyage of Sinbad, the diary revealed.

Relying on anxiety meds, painkillers, and sleeping pills, the late King of Pop went deeper into the darkness and paranoia. He even scribbled in his notes that he was scared that he would be killed.

"I’m afraid someone is trying to kill me. Evil people ­everywhere. They want to destroy me and take my publishing company. The system wants to kill me for my ­catalogue… I’m not selling it", The Mirror quotes his notes.

According to the book on Jackson’s intimate moments, one of the videos of Jackson was watched by author Howard. He states it shows Jackson playing “weird games in his bedroom with two boys”, raising questions about his alleged involvement in child sex abuse.

Jackson tragically died of an overdose of sedatives in July of 2009 three weeks before the start of his farewell tour. The Los Angeles County Coroner later ruled that his death was a homicide and charged Jackson’s personal physician Conrad Murray, who gave the pop star medications to help him sleep at night with involuntary manslaughter. He was found guilty and sentenced to four years in jail in 2011.