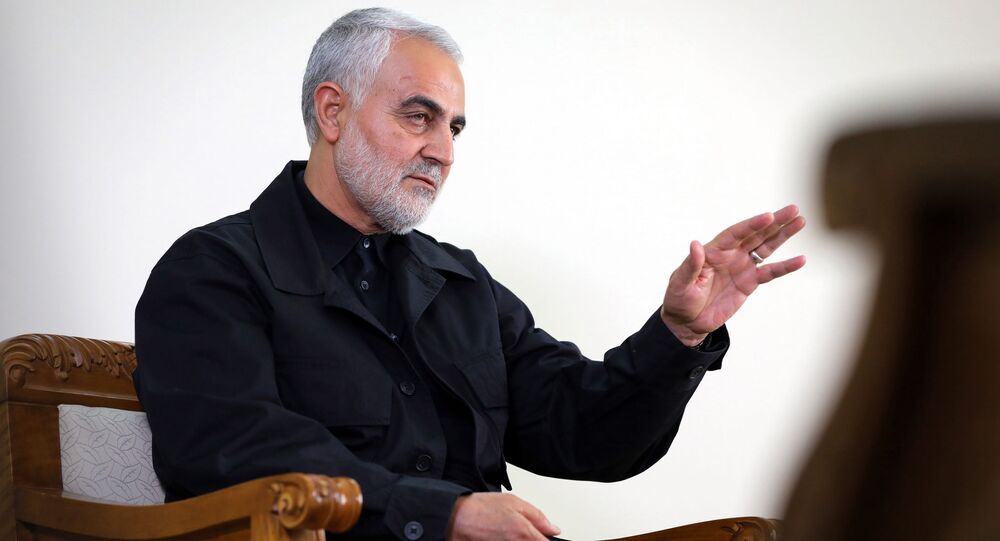 Mossad Director Yossi Cohen bragged that his agency could easily target Quds Force Commander Maj. Gen. Qasem Soleimani for elimination, telling an Israeli magazine in October that Soleimani knew “that his elimination is not impossible.”

According to Cohen, the reason Soleimani had not yet been targeted was because he had “not yet made a mistake which put him in the list of Mossad’s liquidators.”

The Mossad chief did not specify what sort of “mistake” this would have to be, but did say that the Quds Force commander’s actions were “identified and felt everywhere,” and that “there’s no doubt that the infrastructure he built presents a serious challenge to Israel.”

Prior to his death on Friday, Soleimani had been the target of multiple assassination plots. In October 2019, Iranian authorities reported having thwarting a “joint Israeli-Arab” plot to plant a giant bomb under a congregation hall at an event Soleimani was supposed to attend in September.

Before that, Soleimani revealed in an interview that he and Hezbollah leader Hassan Nasrallah barely escaped an Israeli drone attack during the 2006 war between Israel and Lebanon.

Prior to Soleimani’s death on Friday, Israel repeatedly accused him of orchestrating an effort to wage proxy wars against Tel Aviv using groups such as Hezbollah and Hamas, and of building up a military presence in Syria as a jumping off point for possible future attacks on Israel. These concerns have prompted the Israeli military to repeatedly target suspected ‘Iran-allied’ forces across the region, from Gaza and Lebanon to Syria and Iraq.

Soleimani, 62, the long-time commander of the Quds Force, tasked with Iran’s extraterritorial operations, was killed on Friday morning at about one am local time, when the car he and senior Iraqi Popular Mobilization Forces commander Abu Mahdi al-Muhandis was in was destroyed by a US missile. Iraqi and Iranian officials condemned the attack, while Esmail Ghaani, Soleimani’s successor, warned that the ‘retaliation’ for the commander’s death could mean the deaths of Americans “all over the Middle East.” US President Donald Trump justified the strike by accusing Soleimani of “plotting imminent and sinister” attacks against Americans. Earlier, the State Department accused the commander of personally planning the December 27 attack on a US compound in northern Iraq, which killed one US civilian contractor and lightly injured several US troops.

© AFP 2021 / MAHMUD HAMS
Palestinians in Gaza City burn a US and an Israeli flag during a mourning ceremony organised in honour of slain Iranian military commander Qasem Soleimani (portrait on banner) killed in a US air strike a day earlier, on January 4, 2020.

Israeli embassies and consulates around the world were placed on high alert on Friday following Soleimani’s assassination. Prime Minister Benjamin Netanyahu praised President Trump for the operation, saying Trump deserved “all the credit for acting swiftly, forcefully and decisively,” and adding that Israel stood with the US “in its just struggle for peace, security and self-defence.” According to Netanyahu, Soleimani was responsible for the deaths of Americans, and “was planning more such attacks.”

In the aftermath of Soleimani’s assassination on Saturday, Revolutionary Guard Corps Commander Gholamali Abuhamzeh warned that some thirty-five “US targets” across the Middle East as well as the Israeli capital of Tel Aviv were ‘within the reach’ of Iranian missiles.

Photo is from 2015 of #Soleimani near Tikrit, surrounded by US weaponry (of Iraqi army), amidst the Iraqi offensive against ISIS in Tikrit, for which US was providing air support. #قاسم_سليماني pic.twitter.com/zlqtyJjzDi