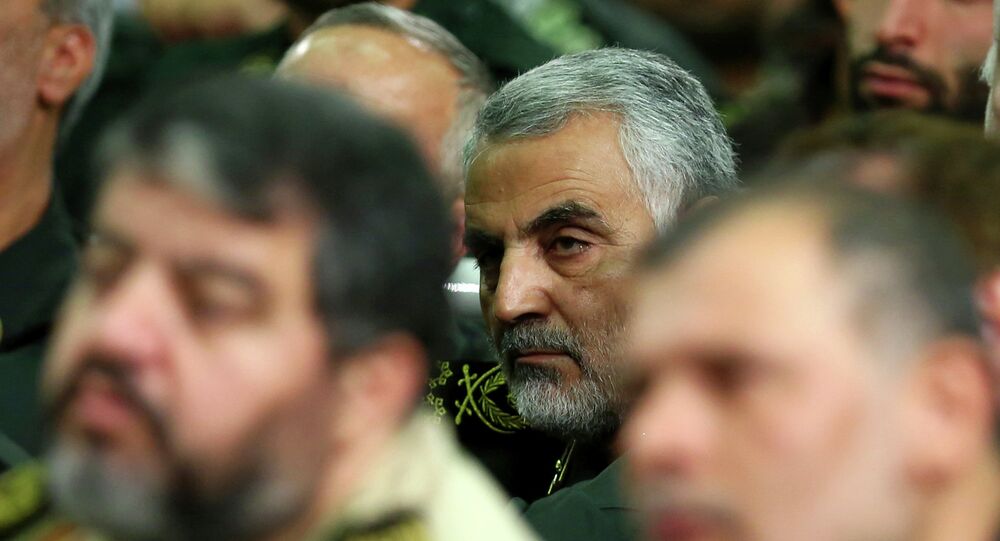 Last week, Iranian officials reported that a “regional joint Israel-Arab” plot to assassinate Revolutionary Guards Quds Force Commander Maj. Gen. Qasem Soleimani had been foiled, with the plotters allegedly planning to plant up to 500 kg of explosives under a congregation hall where the commander was set to speak.

In an interview with Israel’s Mishpacha magazine on Thursday, Cohen said that the Quds force commander “knows that his elimination is not impossible,” and that Soleimani “has not yet made a mistake putting him in the list of Mossad’s liquidators.”

At the same time, the official admitted that Soleimani’s “actions are identified and felt everywhere,” and that “there’s no doubt that the infrastructure he built presents a serious challenge for Israel.”

The Mossad chief also said that his agency could also assassinate Hezbollah’s leader, but that this was “not the right question.” Nasrallah, Cohen said, “knows we have the option of eliminating him.”

The official revealed that there was “one target that we eliminate without hesitation,” and that was officials from Palestinian political and militant group Hamas operating abroad. “From local agents to those who manage acquisitions of weapons pointed toward Israel,” Cohen explained. “There are more than a few assassinations,” he noted, but added that Israel’s enemy had “changed tactics” and was no longer “quick to attribute assassination to us, for its own reasons.”

Earlier this year, Israeli Prime Minister Benjamin Netanyahu said he saw Cohen as one of the two people he thought would be “fit to lead the State of Israel.” In his Mishpacha interview, Cohen shied away from plans to enter politics for the moment, but said he definitely saw himself “in the leadership of Israel in the future.”

Last Thursday, Iranian officials reported that Maj. Qasem Soleimani, the Iranian commander who worked to assist Iraqi and Syrian forces in their battle against Daesh (ISIS)* terrorists between 2014 and 2017, and who has provided assistance to various anti-Israeli forces in the region, including Lebanon’s Hezbollah, had been targeted by an assassination plot. According to reports, three alleged plotters were arrested, with no information provided regarding their identities. The Revolutionary Guards’ Intelligence Organisation said the plot took years to concoct, and revolved around plans to place between 350 and 500 kg of explosives under a congregation hall at a religious event in Kerman, southeastern Iran, which Soleimani was supposed to attend in September. The plotters were reportedly arrested before being able to carry out the operation.

Israeli officials have accused Soleimani and Iran of attempting to wage proxy wars against Tel Aviv using groups like Hezbollah and Hamas, and of building up a presence in Syria, where Iranian military assistance has been provided for the fight against various terrorist groups.

Tensions between Iran and Israel have been high for decades, with Tehran and Tel Aviv regularly threatening to annihilate one another in the event of war.

Iranian Official Points to US, Mossad as Main Destabilisers in Persian, Oman Gulfs