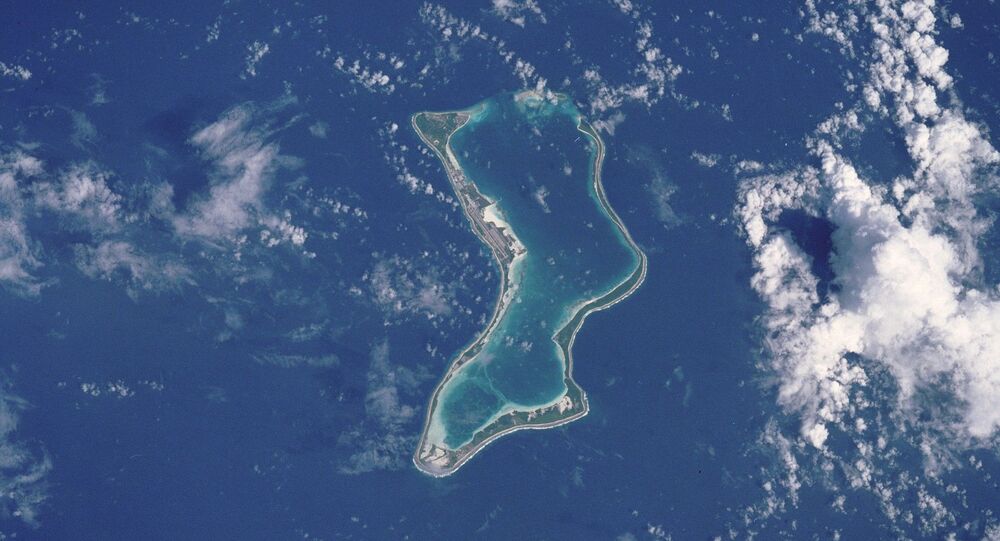 When discussing the ongoing saga of the UK and the Chagos Islands, mainstream media often miss the history of how the UK government ruthlessly expelled the inhabitants of the Indian Ocean islands in the 1960s and 1970s. A story which award winning investigative Journalist John Pilger told in his 2004 documentary "Stealing A Naton".

Over a period of a decade, from the 1960s to the 1970s, the United Kingdom forcibly depopulated the Chagos Islands in order to make room for a US military base at Diego Garcia, the largest of the islands. Despite a ruling by the International Court of Justice, and a near unanimous vote by the UN General Assembly, the UK continues to refuse to allow the islanders to return. Investigative journalist John Pilger detailed the 'ruthlessly expulsion' of the indigenous inhabitants of the Chagos Islands by the Labour government of Harold Wilson, in his documentary "Stealing A Nation".

"There are times when one tragedy, one crime, tells us how a whole system works behind its democratic façade", Pilger tells viewers, "and helps us understand how much of the world is run for the benefit of the powerful and how governments often justify their actions - with lies".

Pilger describes how, in exchange for Diego Garcia, the US “compensated” the British with $14 million off the price of a Polaris nuclear submarine.

The population, which originated from Africa and Asia, is described as a "peaceful creole population" living what was a "benign undisturbed way of life". In 1961 the US and UK began a joint survey of the island which was "so vast that it would cost over a billion dollars". When Mauritius, a collection of islands 1,000 miles away from the Chagos, received independence from the UK in 1968 it was, "on condition that it would lay no claim to the Chagos Islands".

A policy to "sanitise" the islands was then implemented by the UK in order to force the population out. Robin Mardemootoo, a lawyer for the Chagos Islanders, explains how UK and US policies were, "aimed at depriving the [Chagos Islanders] from basic supplies. No milk, no dairy products, no oil, no sugar, no salt, no medication, no more of the things you use in life".

The effect was to "terrify many into leaving", Pilger says. Islanders were, "also told that their Islands might be bombed". In 1971 the colonial governor of the Seychelles, Sir Bruce Greatbatch, gave the order to kill all the dogs on Diego Garcia. The killing of nearly 1,000 of these "much loved" pets, using exhaust fume from US military vehicles, was taken by the islanders as a warning. "People screamed and cried" as their pets were taken from them, says one islander in the film. Islanders who needed to travelled to Mauritius for whatever reason were then never permitted to return. Those who remained were told their "homeland had been sold" and that they would soon be forced off the island. The final islanders found themselves bundled onto the SS Nordver. Sir Bruce Great Batch, "insisted that the horses took pride of place on deck", while the "women and children were made to sleep in the hold, on a cargo of bird fertiliser. Bird shit". Each islander was permitted to take only one suitcase of belongings. In total 1,500 islanders were expelled from their homes.

Decades later UK policy towards the islands and the islanders would remain steadfast in its opposition to the repatriation of the original inhabitants. In 2010 WikiLeaks revealed a secret UK diplomatic cable from May 2009, under the Labour government of Prime Minister Gordon Brown, which stated that the UK government would like to, "establish a "marine park" or "reserve" providing comprehensive environmental protection to the reefs and waters of the British Indian Ocean Territory". The cable notes that the marine park, "would in no way impinge on [the US government's] use of the British Indian Ocean Territory including Diego Garcia, for military purposes", and that 'careful negotiations' would ensure, "US interests were safeguarded and the strategic value of [the British Indian Ocean Territory]" were upheld.

Crucially, the document notes that the,"former inhabitants would find it difficult, if not impossible, to pursue their claim for resettlement on the islands if the entire Chagos Archipelago were a marine reserve".

In 2017 the UN General Assembly asked the ICJ to rule on the legality of the UK's decision in 1968 to separate the Chagos Islands from the rest of Mauritius and its continued colonisation of the Islands. On 25 February 2019 the ICJ, in an authoritative but non-binding decision, ruled that:

"the UK has an obligation to bring to an end its administration of the Chagos archipelago as rapidly as possible, and all member states must cooperate with the United Nations to complete the decolonization of Mauritius".

The UN General Assembly, in a vote of 116 in favour and 6 against, voted to endorse that decision. On 22 May 2019 the UN General Assembly demanded[pdf, p2] that the UK 'unconditionally withdraw' its colonial administration from the Chagos Islands "within six months". It also,"urged the United Kingdom to cooperate with Mauritius to facilitate the resettlement of Mauritian nationals, including those of Chagossian origin, in the Chagos Archipelago and to pose no impediment to such efforts".

However, as of 22 November the UK continues to refuse to implement the ruling of the ICJ and General Assembly resolution 73/295 which endorsed that ruling.