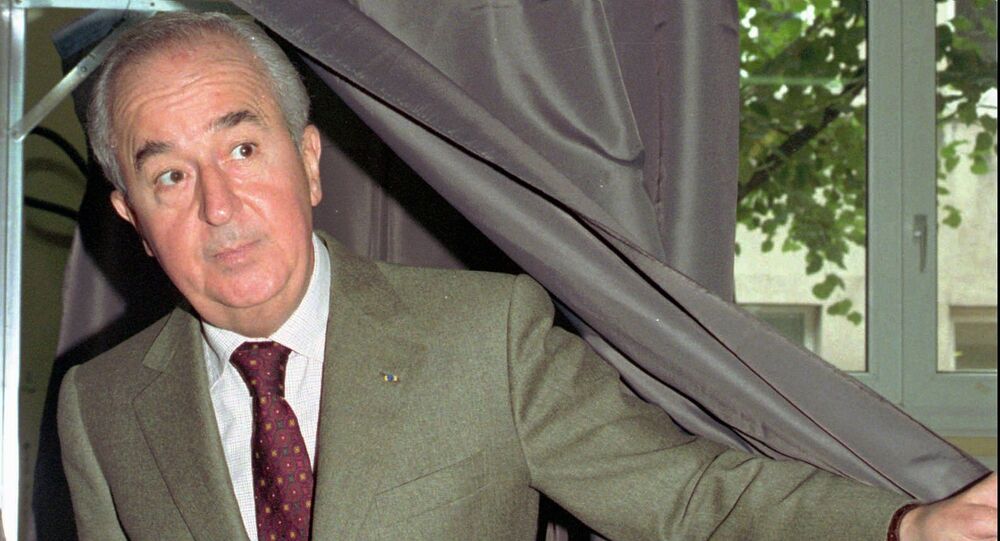 Several senior politicians in France have been charged or convicted in recent years in connection with various corruption scandals. But only one has involved the death of French citizens.

He will be tried by the Court of Justice of the Republic, a tribunal which hears cases of ministerial misconduct. The court has no jurisdiction over heads of state, except in treason cases.

Mr Balladur, 90, and former defence minister Francois Leotard, 77, are accused of involvement in the payment of kickbacks totalling 13 million francs (2 million euros) relating to the sale of French submarines to Pakistan.

The pair were charged in 2017 with "complicity in misuse of corporate assets" over the sale of Agosta submarines to Pakistan and frigates to Saudi Arabia dating from the 1990s.

At the time France was vying for defence contracts with the UK and the bribes were paid to Pakistani politicians to ensure they picked the French submarines.

They will go on trial this month in a Paris criminal court.

Mr Balladur, who was prime minister between 1993 and 1995, ran for President but was defeated by Jacques Chirac, who later cancelled the secret payments.

Very interesting development!
25 years later we might actually find out the real truth behind the huge kickbacks to Mr.Asif Zardari on the infamous French Submarine deal! https://t.co/DBMC8Er1dF

In 2002 a bomb went off in Karachi, killing 11 French submarine engineers and four Pakistanis.

Al-Qaeda were initially suspected of the attack but investigators came across reports of secret payments and learned President Chirac had cancelled them, triggering a grudge among certain individuals in Pakistan.

In 2011 French media reported that Asif Ali Zardari, whose wife Benazir Bhutto was Pakistan’s Prime Minister in 1995, had been one of the recipients of the secret payments.

Mr Zardari, nicknamed Mr Ten Percent, has a reputation in Pakistan for corruption and critics say he pocketed money from deals during his wife's time in office.

“The "Karachi affair" was a major scandal involving negotiations between then Pakistani Prime Minister Benazir Bhutto and the French presidencies of Francois Mitterrand and Jacques Chirac for the sale of Agosta 90B-class submarines. A contract was eventually signed in 1994”. https://t.co/SXFGrWYAVS

​Mrs Bhutto was killed by a bomb in 2007 but her husband remains a key player in the Karachi-based Pakistan People’s Party.

He was arrested in June for alleged bank fraud dating from his time as Pakistan's President between 2008 and 2013.

Mr Balladur was prime minister from 1993 until 1995 when he unsuccessfully challenged Jacques Chirac for the presidency. Mr Chirac later cancelled the payments which Mr Balladur had allegedly initiated.

Mr Balladur's lawyers said he was "confident" he would be cleared of any wrongdoing, "given that he never committed any of the acts of which he is accused."

Competing with UK Over Submarine Deal

In the mid-1990s France was vying with Britain to sell submarines to Pakistan, which was seeking to increase its naval presence in the region as part of its ongoing conflict with India.

Britain was offering its Victoria class submarines but Pakistan eventually plumped for France’s Agosta-90B class subs in a deal which was eventually worth $950 million.

The first French-built submarine, the Khalid, went into service with the Pakistani navy in 1999, with the Saad and Hamza following in 2002 and 2006.

Mr Balladur is not the only top politician who has faced corruption charges in recent years.

Mr Sarkozy faces trial for campaign finance violations and Mr Chirac, who died last week, was given a two-year suspended sentence in 2011 for embezzlement and misuse of public funds during his time as mayor of Paris.

Former prime minister Francois Fillon, who crashed out of the running for the presidency in 2017 after being charged with using public funds to pay his wife for a fake job as his assistant, still faces trial.

Former President Francois Mitterrand’s son, Jean-Christophe was jailed in 2006 for laundering money linked to a secret arms deal with Angola.