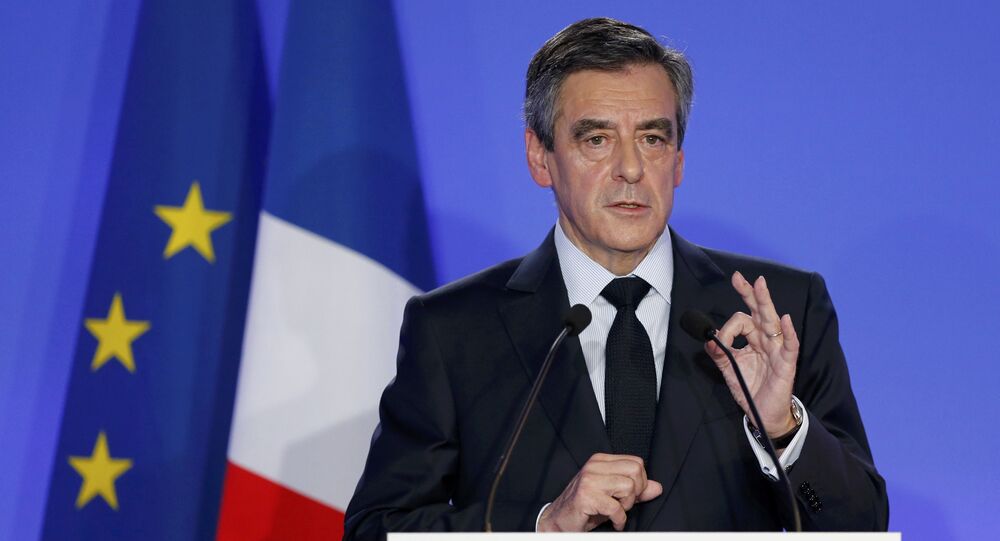 According to French newspaper Le Monde, a process may begin until the end of 2019, if the relevant judicial decision is made.

The scandal around Fillon arose in January 2017, when the satirical weekly magazine Le Canard Enchaine reported that Fillon’s wife had been paid up to $8,500 for working as her husband's parliamentary aide and received a $5,400 monthly salary at the prestigious cultural magazine La Revue des Deux Mondes, which is owned by Fillon's friend Marc Ladreit de Lacharriere.

© REUTERS / Martin Bureau
Fillon Sues Newspaper for Divulging Information on Wife's Fake Job
According to the magazine, Charles and Marie Fillon, who worked as their father’s assistants between 2005 and 2007, had earned about $90,700, though it was unclear whether they had really exercised their job responsibilities.

In June, Fillon has been charged with embezzlement of state funds to give fake jobs to members of his family and complicity, concealment and neglect of his duties when filing tax returns.

Fillon served as the prime minister of France from 2007 to 2012 under President Nicolas Sarkozy.

Almost Half of Fillon, Melenchon Supporters to Vote for Macron in French Run-Off