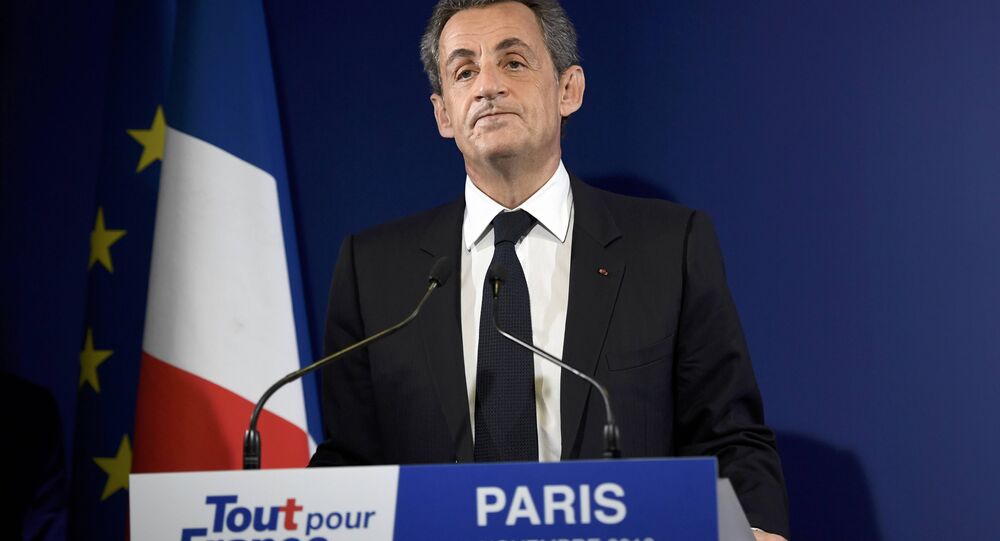 In 2014, France's ex-President Nicolas Sarkozy was detained in the course of an investigation into alleged funding abuses during his presidential campaign in 2007. Sarkozy has denied all the accusations leveled against him.

France's financial prosecutor has confirmed that Sarkozy will be sent to court for corruption and misuse of influence to secure leaked details of a probe into alleged violations in his campaign during 2007 presidential elections.

Sarkozy's lawyers said in a statement that they would appeal the decision to send him to court.

© AP Photo / Francois Mori
Guilt Trip: Was Intervention in Libya Sarkozy's Bid to Hide Campaign Funding?
This case is known as the Bygmalion scandal and focuses on tapped phone-calls in which the former president allegedly attempted to influence judges who were probing into suspected illegal funding of his presidential campaign.

The ex-president will stand trial along with his lawyer and friend Thierry Herzog and former Judge Gilbert Azibert, whom Sarkozy allegedly offered a high-ranking role in Monaco in exchange for information on the 2010 funding case — the so-called Bettencourt affair. In that case, Sarkozy was accused of receiving illegal campaign donations in 2007 from L'Oreal heiress and billionaire Liliane Bettencourt.

In a separate investigation looking into alleged Libyan financing of Sarkozy's 2007 election campaign, France's ex-president was indicted on charges of "passive bribery, illegal financing of election campaign and concealment of Libyan public funds." In November 2016, French-Lebanese businessman Ziad Takieddine told France's Mediapart broadcaster that in 2006-2007 he had personally handed over to Sarkozy and his chief of staff three suitcases filled with euro notes. According to Takieddine, the cash amounted to $6.2 million and came from the late Libyan leader Col Muammar Gaddafi. French newspaper Le Monde reported that the head of Libya's sovereign wealth fund, Bashir Saleh, confirmed that Gaddafi financed the French president.