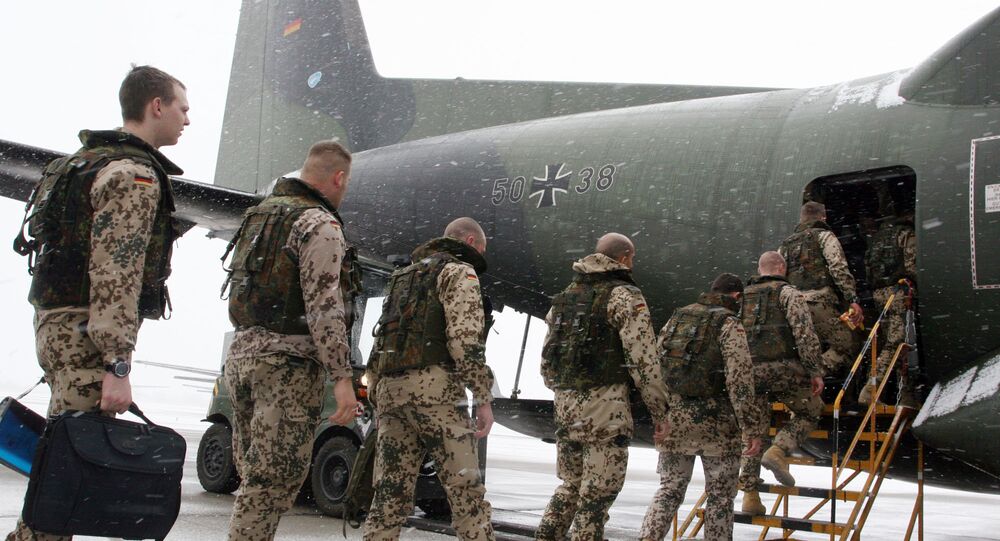 US Special Representative for Syria Engagement James Jeffrey was in Berlin on 5 July seeking to draw pledges of military and financial support from the German government as Washington ramps up its pressure on Berlin with the aim of expanding its mission in Syria.

In an interview with the German DPA news agency and weekly Welt am Sonntag newspaper, the US Special Representative for Syria Engagement urged Germany to send military trainers, logistics specialists and technicians to aid the Kurdish-led Syrian Democratic Forces (SDF) fighting Daesh.

"We want ground troops from Germany to partially replace our soldiers," said Jeffrey said, adding he hoped to receive a response from the German government this month.

"It is better to force IS [Daesh] back with local Syrian forces, but a certain international presence is needed to secure air support, for logistics, training, and technical help.

"We hope that the Germans will be able to do more," Jeffrey said. "I am optimistic. Some allies will deploy ground troops, I'm sure of it."

Visiting Berlin on Friday James Jeffrey was reportedly seeking to receive pledges of military and financial support from the German government, as well as other coalition partners.

Without asking for a specific number of soldiers, Jeffrey pointed out the ground troops would not necessarily be directly engaged in fighting, but would need to be able to defend themselves since combat should not be ruled out.

When German Foreign Minister Heiko Maas visited Iraq in June, he stated his country would be ready to extend the mission beyond its October expiry date, however, under German law, it is the parliament that must approve all foreign military missions.

Washington has been ramping up its pressure on Berlin, seeking to expand its anti-terrorist mission in Syria. The US' demands are opposed by the Social Democratic Party, a member of the ruling coalition, which wants the government to end its engagement in Syria this year.

In December 2018, Trump declared that Daesh was defeated and announced the withdrawal of 2,000 US troops stationed in northeastern Syria, supporting the SDF.

However, the US later said it would leave a 200-strong contingent in the country to patrol the proposed buffer zone near the border with Turkey. Washington and Ankara agreed that the 30-kilometre-wide zone would be created to separate Kurdish and Turkish forces.

*Daesh (also known as IS, ISIL, ISIS, Islamic state) is a terrorist group outlawed in Russia and many other countries.