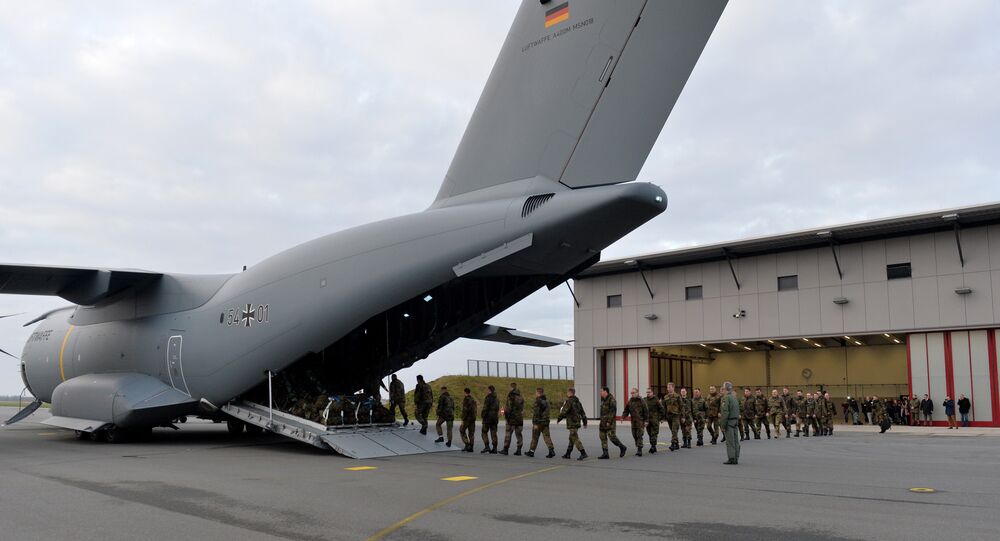 Germany has been taking part in the US-led coalition in Syria since 2015, helping the allies with reconnaissance and mid-air refuelling. The German jets and soldiers, now based in Jordan, were set to leave the country this year. However, Washington has reportedly tried to persuade Berlin to stay to assist in a safe zone in northern Syria.

The US is pushing the German government to extend its air force mission in Syria and Iraq, hoping for their help to protect American soldiers there, Spiegel reports. According to the German outlet, Washington has urged Berlin not to suspend its armed forces’ group countering Daesh, insisting that its Tornado jets with their reconnaissance capabilities are urgently needed in northern Syria.

The outlet cites a confidential letter to the German Armed Forces Inspectorate, dating back to May, in which the Chief of the US Central Command Command, General Kenneth F. McKenzie, wrote that the German surveillance and refuelling flights played a key role in weakening Daesh and would be further needed. The general also praised the German commitment, emphasising the importance of tactical reconnaissance.

"For continuing operations against extremists in the region, the military capabilities of all partners in the coalition remain urgently needed. I therefore respectfully request your continued support in the provision of surveillance flights, aerial refuelling and army training in Iraq”, the general’s letter stated as cited by Spiegel.

The outlet points out that this letter puts the German government under massive pressure to extend a mandate for a German deployment called "Camp Sonic" to remain at a Jordanian Air Force base, which began in 2015 and is due to expire in October 2019. According to earlier reports, secret talks between Germany and the US have been going on for months. Berlin has allegedly signalled that it would be prepared to take part in securing a safe zone in northern Syria, as the Chancellor’s Office, Foreign Ministry, and Defence Ministry reportedly agreed that the US should not be alienated over the Syria issue.

"Everything else will have to be discussed and decided in the Bundestag in due course. We very much welcome the fact that the United States has decided to maintain its presence on the ground”, the diplomat, who visited the airbase in Jordan on Friday, noted after meeting US Secretary of State Mike Pompeo.

Although a consensus might have been reached during international talks, the notion could face hurdles inside Germany, namely from Maas’s own party and coalition partner of Angela Merkel’s Christian Democratic Union, the Social Democrats. When it extended the mandate in 2018, the coalition agreed that the Jordan mission should end in 2019 at the latest. The SPD’s interim leader Rolf Muetzenich recently stressed that his party is against an extension.

The US remains the only Western nation with troops in northern Syria, helping the local Kurdish-led militia, Syrian Democratic Forces (SDF), fight the remaining Daesh forces. In his letter, General McKenzie argued that the fight against Daesh is far from over as the terrorists will try to regain strength during the reconstruction of Syria and Iraq, which should be prevented.

Trump declared that he would withdraw US troops from Syria, proclaiming the defeat of the Daesh* terrorist group in the Arab country in December 2018. But later, he claimed that the creation of a 30-kilometre buffer zone in northern Syria would be needed to protect the Kurds and SDF from an alleged attack by Turkey. The SDF leadership is spearheaded by the Kurdish People’s Protection Units (YPG), which Turkey claims is an arm of the Kurdistan Workers Party. The party has been blacklisted by Ankara as a terrorist organisation.