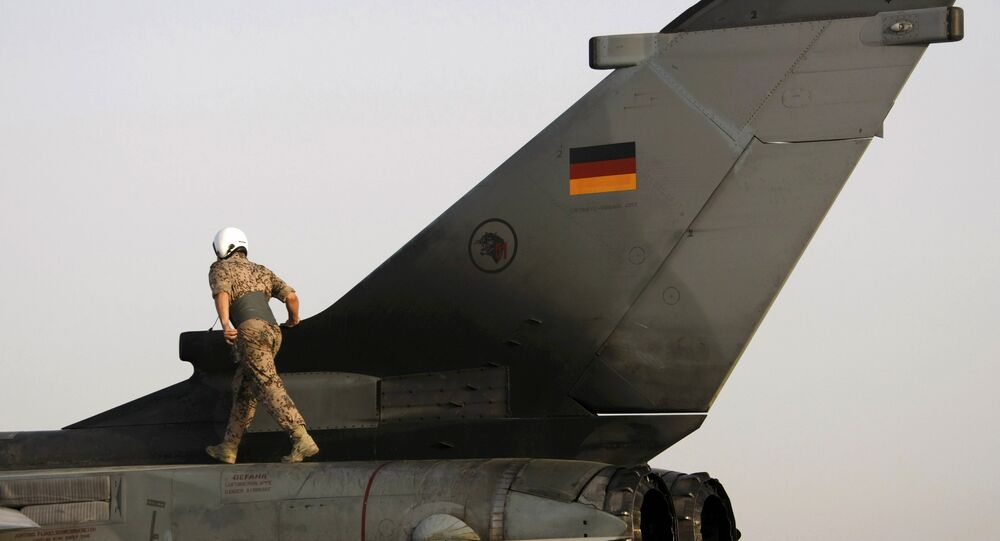 US officials allegedly want the German military to continue their missions in the country, as well as deploy forces on the ground. If the German government pursues the move, it could put the CDU/CSU bloc on a collision course with the Social Democrats, who want their country to pull forces out of Syria.

Washington has ramped up its pressure on Berlin with the aim of expanding its anti-terrorist mission in Syria, the Spiegel magazine reports.

Germany currently operates reconnaissance aircraft and tanks in Syria, as part of the US-led coalition fighting the remnants of Daesh* terrorists.

The relevant parliament-approved mandate expires in October, but the United States, according to Spiegel, wants a quick answer from Germany on whether it would extend its deployment.

Furthermore, the US, which is the only Western nation operating troops in the war-torn country, wants Berlin to take an unprecedented step of deploying ground troops in Syria.

The issue was reportedly brought up during the meeting of NATO’s defence ministers in Brussels this week.

A spokesman for the US embassy in Germany has confirmed the report, saying that the diplomats have made “concrete inquiries and are now eagerly awaiting the German reaction”, according to the magazine.

The US' demands are opposed by the Social Democratic Party, a member of the ruling coalition, which wants the government to end its engagement in Syria this year.

But the US is determined to keep Germany in the coalition despite internal differences. As Daesh is mostly defeated, Washington has reportedly urged Berlin behind the scenes to support a proposed buffer zone along the 460-kilometre Syrian-Turkish border.

American strategists laid out their demands last month in a letter to German Defence Minister Ursula von der Leyen, but have not received an answer so far – and this is thought to have frustrated the US.

It is understood that von der Leyen and Foreign Minister Heiko Maas support the idea of extending the Bundeswehr mission, but have delayed their reply because it could spark controversy within the governing coalition. This is why they reportedly decided not to discuss the issue until after the summer break.

In December 2018, Trump declared that Daesh was defeated and announced the withdrawal of US troops from Syria.

However, the US later said it would leave a 200-strong contingent in Syria, which would patrol a proposed buffer zone near the border with Turkey. Washington and Ankara agreed that the 30-kilometre-wide zone would be created to separate Kurdish militia and Turkish forces.

Ankara believes that the Kurdish People’s Protection Units (YPG) – the backbone of the US-backed Syrian Democratic Forces (SDF) controlling swathes of northern Syria – has ties with the Kurdistan Workers' Party (PKK), which is blacklisted in Turkey as a terrorist organisation.