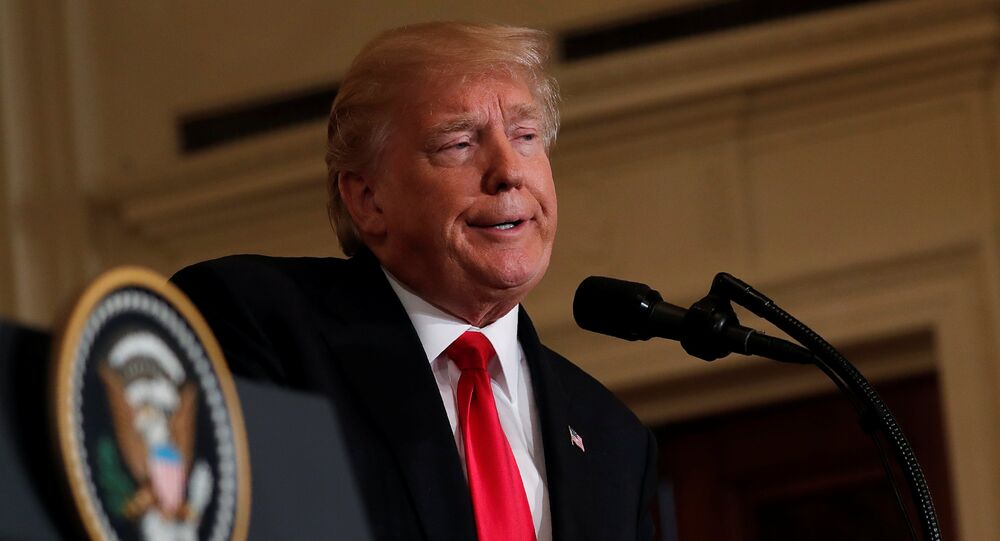 Donald Trump's recent verbal bombshell has not only offended entire countries; it’s also had the effect of engaging journalists worldwide in an unspoken competition for the wittiest possible translation of Trump's "s***hole" into their mother tongue.

Shah literally means "King" in Persian. The man obviously is from a higher caste than your average "shithole" denizen.

Sputnik earlier compiled a collection of most bizarre translations of the American president's "shithole" renderings featured in international headlines.

Taiwan’s Central News Agency went for "countries where birds don’t lay eggs," and Japan’s Sankei broadcaster referred to Haiti and a string of African countries Trump allegedly meant as "countries like toilets." Separately, another Japanese broadcaster, NHK, opted for "filthy countries" not to sound too offensive. The most politically correct options were generally suggested by Chinese media, which used language as simple as "bad countries" and Dutch Volkskrant daily newspaper, which translated Trump’s explosive remark into "backward countries."

If there has to be a winner, then we want to award the garland to our colleagues in Flemish media who went above and beyond the call of duty – rendering the expression as "testicle countries."

Earlier, the protests and debate over Trump’s embarrassing statement ranged from strings of outspoken comments on social media to as far as light projections featuring 'shit' images and derogatory messages on the walls of an elite Trump hotel in central Washington, just a stone’s throw from the White House itself.

Don’t worry #Aryans, you’re technically white so you are not from a #Shithole country. Only Africans and Haitians