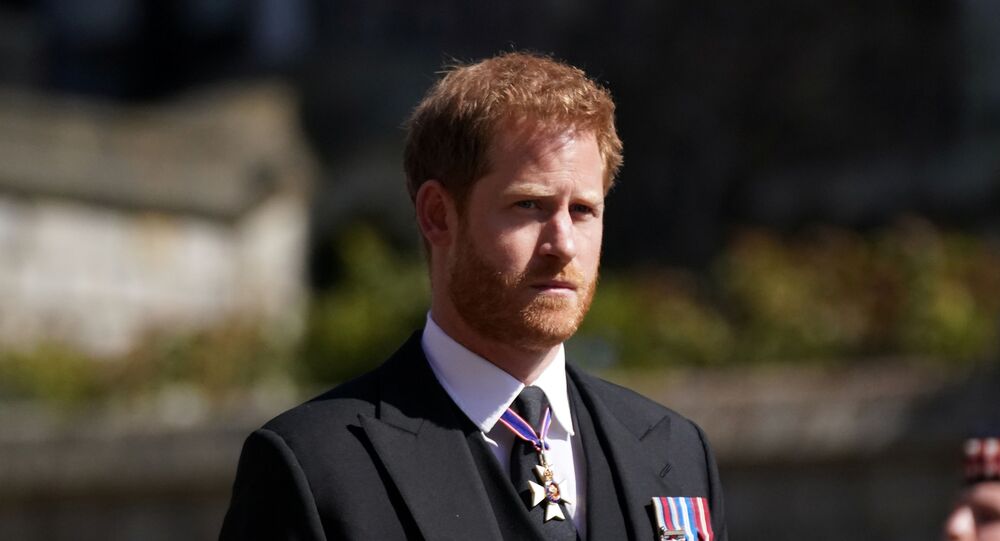 Prince Charles’ youngest son Harry is signalling to the world that he's really not happy with many things from his childhood. In a new documentary with Oprah Winfrey on mental health, the Duke of Sussex lamented the royal family’s silence around his mother’s death and “sufferings” his dad apparently failed to protect him from.

Prince Harry’s statements from the controversial Oprah Winfrey interview are raising a new wave of questions about the Sussexes’ "blissful forgetfulness" after photos showing the prince riding on the back of his father’s bike have resurfaced online following his claims he “never” did as a child.

Speaking to Oprah alongside his wife Meghan in the scandalous interview that aired in March, Harry said that he just loves sticking his son Archie “on the back of a bicycle in his little baby seat and taking him on bike rides, which is something I was never able to do when I was young.”

Some viewers were left puzzled over the claim, with many recalling an old photo showing a young Harry riding with Prince Charles alongside his brother William.

This pic, taken at the Queen’s Sandringham estate in England in 1990, has re-emerged online over the past week, doing the rounds on social media and sparking “ermm” reactions from users, with several calling the duke a “liar” for his faulty statement.

Prince Harry (to Oprah): “I guess the highlight for me is sticking him [Archie] on the back of a bicycle in his little baby seat and taking him on bike rides which is something I was never able to do when I was young.”
Ermm.....#HarryandMeghan pic.twitter.com/ozddBDfSNz

"All of these things are just—I guess the highlight for me is sticking him on the back of a bicycle in his little baby seat and taking him on bike rides which is something I was never able to do when I was young." - Prince Harry#TheMeYouCantSee

#PrinceHarry says he can take Archibald on the back of his bike but never had the chance to go on the back of a bicycle. I think he's a liar. pic.twitter.com/8jqGzUxFZJ

@Murky__Meg Prince Harry never got to ride on the back of a bike with his dad….hmmm really..maybe @Oprah will realise now the lies they tell!! Oh no of course that wouldn’t get her money! 🙄 pic.twitter.com/fquqgY3CsT

Other resurfaced shots also show Charles pulling Harry in a wagon while on a bike during a trip to Scotland, while another shows the Duke of Sussex posing on a bike next to his family in the Scilly Isles.

During the interview, Harry famously said that his dad cut him off financially after the Sussexes relocated to North America last year. Speaking to Oprah in a new documentary on mental health, he also again attacked his father for not trying to safeguard him enough from the media that followed his mother Princess Diana’s death:

“My father used to say to me when I was younger … ‘Well, it was like that for me, so it’s going to be like that for you. That doesn’t make sense — just because you suffered, that doesn’t mean that your kids have to suffer, in fact quite the opposite,” Harry said. “If you suffered, do everything you can to make sure that whatever negative experiences that you had, you can make it right for your kids."