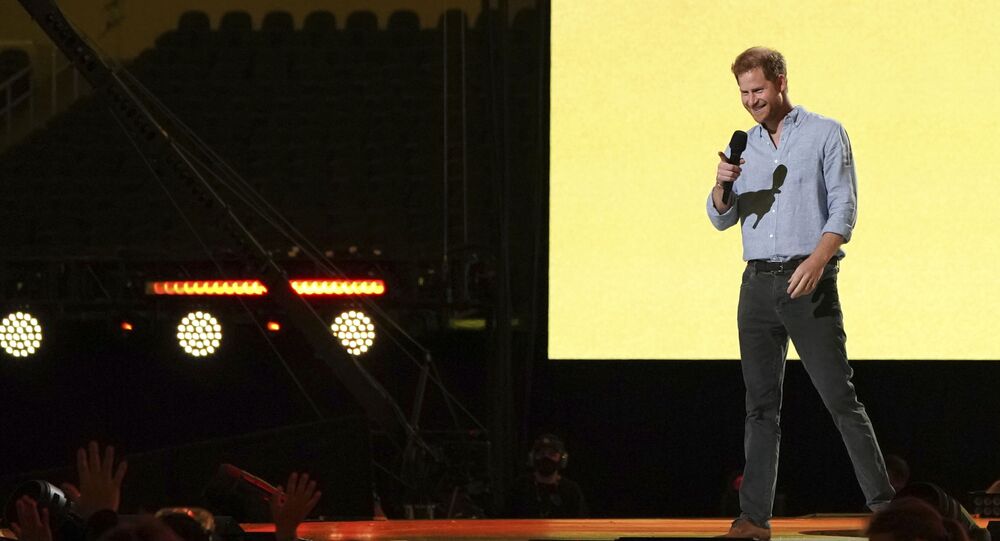 Prince Harry Should Not Be 'Woke Lecturing' as His Life Sounds 'Too Much' For Him, Author Says

Harry revealed in his latest mental health documentary series with Oprah Winfrey, published by Apple TV last Friday, that he used alcohol and narcotics to cope with the pain of his mother's death later in life. He also discussed his therapy and Meghan's experiences with suicidal thoughts, as well as how he used alcohol to "mask" his emotions.

A royal biographer, Angela Levin, cautioned on Monday that Prince Harry should "back away from being a woke lecturing celebrity" because his life sounds "too much for him."

Levin said it was "dreadful" if the Duke of Sussex believes his wife Meghan Markle will die like his mother Princess Diana and "blames racism" in a Twitter post.

How dreadful if Harry constantly thinks that he will lose Meghan like he did Diana and blames racism. Plus can't get rid of M's threat to commit suicide. His life sounds too much for him and he should back away from being a woke lecturing celebrity.

Prince Harry's latest show and candid revelations prompted the remarks. "[I] can't get rid of Meghan's threat to commit suicide," said the author of the 2018 book "Harry: Conversations with the Prince."

During the documentary, the Duke slammed his father, Prince Charles' parenting abilities, accusing him of expecting his sons to suffer the stresses of royal life, just as Charles did, rather than shielding them.

© REUTERS / POOL
Royals 'Struggling to Understand' Purpose of Prince Harry's 'Truth Bombs,' Insider Claims
More to that, Harry chastised his relatives, accusing them of "total neglect" while his wife Meghan was feeling suicidal due to online abuse.

"So 28 to probably 32 was a nightmare time in my life," he said, describing his struggles with panic attacks and extreme anxiety.

Levin also commented on Harry's revelation that it was Meghan who persuaded him to go to therapy to "fix myself" to avoid losing "this woman who I could see spending the rest of my life with." The author said several years ago Harry himself told her in person that it was his older brother Prince William who asked him to seek treatment.

I asked Harry this question just before he got engaged https://t.co/vA4AumriMH

In the newly released show, Oprah also asked Harry if he had any regrets, with the latter saying he wished he had taken a firmer stand against "the racism" directed at Meghan earlier in their relationship.

"My mother was chased to her death while she was in a relationship with someone that wasn't white," he said. "My biggest regret is not making more of a stance. Calling out racism when I did. History was repeating itself."

The Duke of Sussex added in the interview that after Meghan told Harry about her suicidal thoughts and the details of how she planned to end her life, it was only he and their unborn child that kept her going.