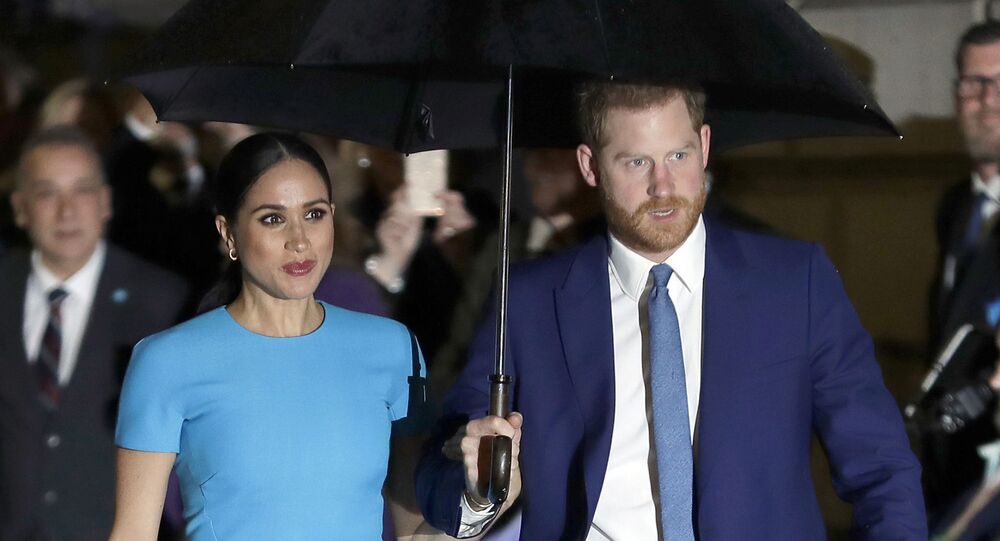 In March, talk show host Oprah Winfrey interviewed the UK’s Prince Harry and his wife Meghan, Duchess of Sussex, in what became a conversation centered on mental health and race. In a recent partnership with Apple TV+, Harry and Winfrey released a new documentary series, entitled “The Me You Can’t See,” which focuses on mental health.

In an interview with NBC’s “Today” show on Friday, Winfrey defended Harry and Meghan against the criticisms they received after requesting privacy, while simultaneously airing their dirty laundry to the public

"So, I think being able to have a life that you are not intruded upon by photographers, or people flying overhead, or invading your life, is what every person wants and deserves - to not to be intruded and invaded upon,” Winfrey said in the interview, adding, “privacy doesn’t mean silence.”

In the March interview with the royal couple, Harry opened up about why he stepped back from his princely duties to the British royal family, whereas Meghan detailed the treatment she experienced upon joining the family, dealing with the media spotlight and the effect it had on her mental health.

"I understood what had happened to them, and I wanted the rest of the world to come away being able to answer the question, 'Why did they leave?' And I think by the time that interview was done, people understood,” Winfrey said.

“Asking for privacy in your own personal life does not mean that you don’t want to also use your platform to help the world see itself differently.” -@Oprah on Prince Harry and Meghan Markle requesting privacy while they continue to open up about their lives pic.twitter.com/uusw3NfjIj

Reactions to the interview had been harsh, especially from the British royal family after it was revealed during the March interview that a member of the family had raised questions about the skin complexion Archie - son of Harry and Meghan - would have. In fact, in the wake of the bombshell tell-all, reports surfaced that Prince Charles was allegedly very unhappy about the claims voiced by the royal couple.

Months following the interview, a survey conducted by YouGov found that an increasing number of younger members of the UK community wanted to do away with the monarchy, effectively preferring an elected head of state.

Harry had been hinting for years about his own unhappiness with the way he was brought up in the royal family, noting that for decades, his own mental health had been swept under the rug.

Harry and Meghan have taken a “Bonnie and Clyde” -type approach to the backlash, and used the media publicity to hash out difficult topics related to mental health, and how it affects people from diverse backgrounds. Harry has also taken the opportunity to break down his royal upbringing in the documentary series, which started streaming on Apple TV+ on Friday.

The newly-launched series will feature mental health stories from people all around the world, including pop star Lady Gaga, who spoke on her own trauma brought on by sexual abuse she experienced as a teen.

Winfrey, who also spoke on her own experiences of abuse as a child, said in the interview that she feels that when it comes to mental health, any one person is placed on a level playing field. “It doesn’t matter where you come from, what your background is, how much money you have: we’re all in the same spectrum as everyone else,” she said.