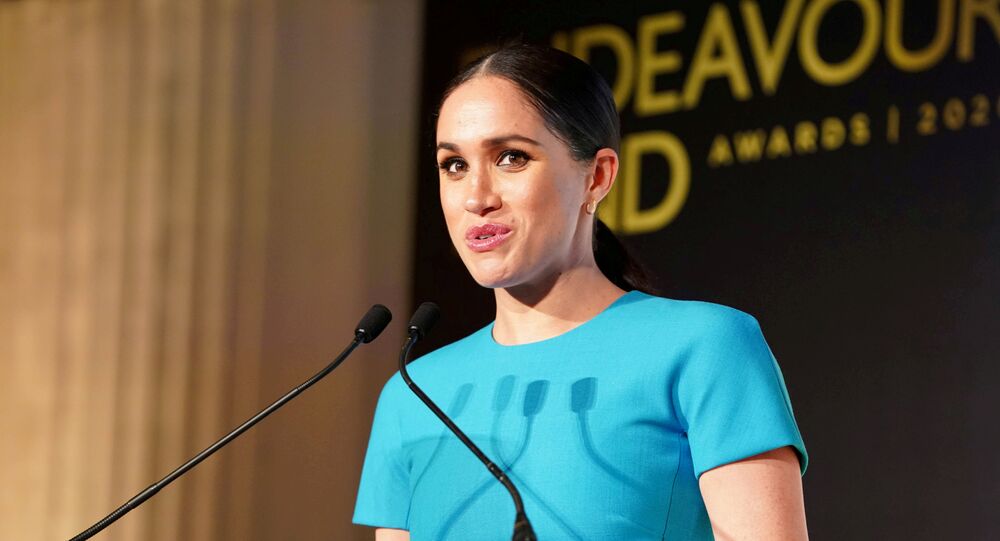 'Meghan is Obviously Confused': The Sussexes' Wedding Certificate Proves They Married at Windsor

One of the sensational claims made by Meghan Markle during her interview to Oprah Winfrey was that she and Prince Harry secretly got married three days before their lavish £32 million ceremony at Windsor Castle. “Just the three of us,” Prince Harry added, referring to the Archbishop of Canterbury, who blessed the couple.

Meghan Markle is “obviously confused” about her “secret” wedding to Prince Harry, says former chief clerk at the Faculty Office, Stephen Borton, who helped to draw up their license to get married at Windsor Castle on 19 May 2018.

The copy of the Sussexes’ wedding certificate, obtained by the Sun through the General Register Office, proves that this is exactly the date when the couple officially tied the knot, despite Meghan’s claims that their marriage started three days prior.

Speaking to America’s queen of chat Oprah Winfrey, the Duchess of Sussex claimed: “You know, three days before our wedding, we got married. No one knows that.”

Prince Harry said that they called the Archbishop of Canterbury, the Most Reverend Justin Welby, who presides over the world’s Anglican communion, to ask him to officiate the private ceremony in their “backyard’ at Nottingham Cottage.

“Just the three of us,” the Duke of Sussex added.

The vows from the ceremony are now framed and hung in their room, Meghan revealed.

The claim has immediately raised many eyebrows – does it mean that the expensive wedding ceremony at Windsor castle that was attended by 600 guests and watched my millions across the world was nothing more than a scam and the Archbishop knew that?

© REUTERS / Handout .
Britain's Prince Harry and Meghan, Duchess of Sussex, are interviewed by Oprah Winfrey in this undated handout photo
Moreover, it would mean that he had potentially broken the law, as two witnesses are required for the wedding to be considered official, but Meghan and Harry say that there were only “three” of them during their private ceremony.

Borton says this is not the case – the intimate exchange of vows between the two was probably just a rehearsal for the big day that should not be considered as the legal start of their marriage.

“I’m sorry, but Meghan is obviously confused and clearly misinformed. They did not marry three days earlier in front of the Archbishop of Canterbury,” the former Faculty Office chief official told the Sun.

“The Special Licence I helped draw up enabled them to marry at St George’s Chapel in Windsor and what happened there on 19 May 2018 and was seen by millions around the world was the official wedding, as recognised by the Church of England and the law.”

© REUTERS / Damir Sagolj
Britain's Prince Harry gestures next to his wife Meghan as they ride a horse-drawn carriage after their wedding ceremony at St George's Chapel in Windsor Castle in Windsor, Britain, May 19, 2018.

He explains that the Nottingham Cottage ceremony could not be considered valid because the venue was not authorised for that and there were not enough witnesses present.

"The wedding itself took place at St. George’s Chapel under the conditions stipulated by the Royal Marriages Act of 1772 which have been recently amended,” Borton argues.

“In order for them to be married, a Special Licence was drawn up and the wording from Her Majesty the Queen authorising the wedding and the official venue was recorded.”

An obtained copy of the official wedding certificate states that the two got married at St. George's Chapel of Windsor Castle “according to the rites and ceremonies of the Established Church” and by Special Licence of the Archbishop of Canterbury.

The witnesses to the wedding ceremony are recorded as Prince Charles and Meghan’s mother Doria Ragland.

In the document, Harry’s status and profession are stated as “single” and “Prince of the United Kingdom”, while Meghan is described as “divorced” and “actor”.