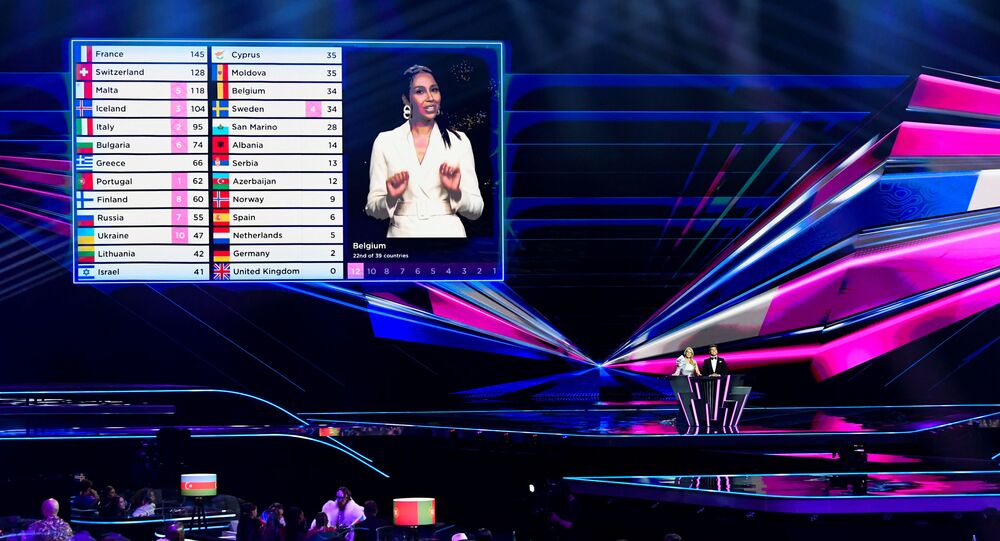 Italian glam rock band Maneskin was among the bookmakers' favourites for the victory in the 2021 Eurovision Song Contest. However, their victory has appeared to trigger hot debate online between fans and those who would rather have seen a different result.

After the 2021 Eurovision Song Contest wrapped on Saturday, with Italy winning this year's event, viewers immediately flocked to social media to share their emotions and - of course - discuss and argue.

The grand final had everyone closely following both the jury and the public vote, but it was impossible to satisfy everyone with the final result, with first place secured by Italian rock band Måneskin.

Users were also triggered after a few countries were left with no points at all, as Germany, Spain and the Netherlands received zero points from the public, and the United Kingdom, unusually, receiving zeros from both the jury and the viewers.

Hate this song, Russia, Ukraine, Switzerland, Lithunia and so many others are better than this!

Italy and Finland got the biggest public votes. Europe is very rock this year and we love to see it 🔥 #Eurovision2021 #eurovision pic.twitter.com/7jkv45b73z

Iceland and Malta were robbed and you will not change my mind #Eurovision2021 pic.twitter.com/fkawlSw4Km

Not now, mummy is hacking the jury results #Eurovision pic.twitter.com/enMSRD5a5s

Iceland, Lithuania, Switzerland, Malta, France, Ukraine and 20 other countries were better than this sad pice of generic rock. Horrible, worst winner in a very long time,

​​The UK's failure to receive any points also became a subject for jokes.

Every country: *has points from the Jury so far*
United Kingdom from afar: #Eurovision pic.twitter.com/7UGkAajSga

*The United Kingdom have 0 points from the jury*
The UK currently: #Eurovision pic.twitter.com/ABKfNXBBBX

​Many attacked the results of the jury vote in particular, arguing that "mediocre" songs were chosen.

the #Eurovision jury when they see a mediocre song and performance pic.twitter.com/MRSLLIzp4k

me hearing the jury saying Switzerland and France #Eurovision pic.twitter.com/dvoPcc9niu

​Dates and city for the 2022 Eurovision Song Contest, which will take place in Italy, are yet to be announced.