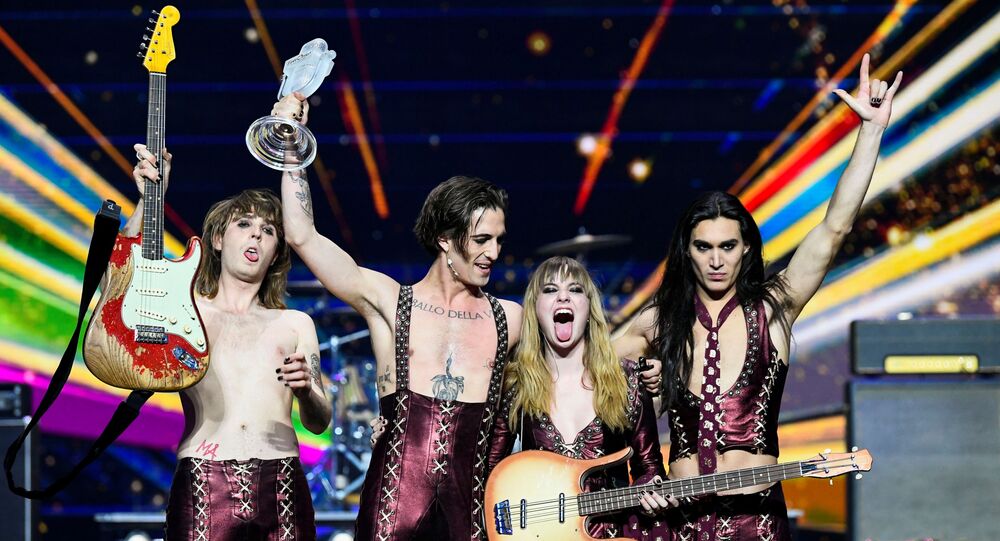 The coronavirus pandemic put the 2020 Eurovision Song Contest off for a year, with all contestants traveling to Rotterdam only in May 2021. The grand final of the music contest saw 26 music performances on Saturday, but only one may ascend to the pedestal of victory at the end.

The winner song is called "Zitti e buoni". France is holding second place with the song Voilà by Barbara Pravi having 499 points, and Switzerland has secured third place with "Tout l'univers" that received 432 points.

"We just want to say to the whole of Europe and the whole world, rock and roll never dies", the band proclaimed from the stage when accepting the main trophy of the contest and breaking down in tears.

This is the third time Italy has won the Eurovision Song Contest, with its previous victory dating to 1990, and the first one in 1964.

Several participants of this year's Eurovision final received zero points in the public voting, among them the United Kingdom, Germany, Spain and the hosting country, the Netherlands.

© REUTERS / PIROSCHKA VAN DE WOUW
Participant Manizha of Russia performs during the final of the 2021 Eurovision Song Contest in Rotterdam, Netherlands, May 22, 2021.

The 2021 grand final, featuring a total of 26 participants, took place in Rotterdam's Ahoy Arena, after the 2020 contest was postponed due to the coronavirus pandemic.

Dates for the 2022 Eurovision Song Contest, now to be held in Italy, will be announced at a later date.