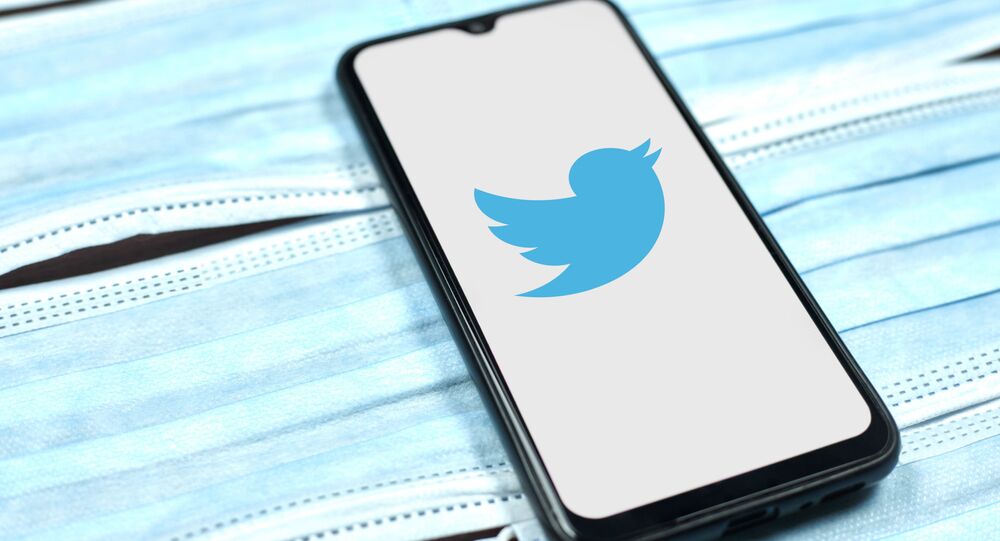 Earlier this week, James O'Keefe’s conservative watchdog group Project Veritas exposed the political bias at one of the US' leading news networks.

Twitter has been slammed for permanently suspending Project Veritas founder James O'Keefe from the platform over his purported use of “fake accounts” on the platform amid the conservative watchdog’s “Expose CNN” campaign.

Part of the campaign was a clip released earlier this week, which showed CNN technical director Charles Chester claiming that his news outlet’s "focus" during the 2020 election campaign was to "get [then-US President Donald] Trump out of office”.

A Twitter spokesperson told Fox News that the footage was out of sync with the platform’s policy which stipulates that “you can’t mislead others on Twitter by operating fake accounts,” and “you can’t artificially amplify or disrupt conversations through the use of multiple accounts.”

O'Keefe vehemently denied the allegations, offering to sue the social network for defamation as Twitter declined to comment on what fake accounts the Project Veritas founder ostensibly used.

Donald Trump Jr, in turn, was quick to accuse CNN of spreading “propaganda to elect Democrats”, arguing that Twitter “runs interference to protect CNN” and that “they're all on the same team”.

This is an egregious act of censorship. Shame on them.

Ahhh Twitter.... "We want journalism....No no, not your journalism, just the ones we want"

What else? That’s the only way Twitter or Dems or CNN can win. After all, they had to rig an election win.

We can rise up and stop these Oligarchs or we can surrender our Republic, that's the fundamental fulcrum decision point for America in the 2020s.https://t.co/Pl7qjXYkY4

After the latest round of hidden camera videos embarrassing to CNN were released, @JamesOKeefeIII has been permanently banned from Twitter. The @Project_Veritas account was also recently banned. This is how big tech works with liberal corporate media to take down challengers.

In case you haven't figured out how it works by now...@CNN spreads propaganda to elect Democrats

They're all on the same team. https://t.co/xPi2CbOdxm

The former president's son also tweeted that “at this point, both CNN and Twitter should have to register with the [federal election commission] as Democrat Super [political actions committees]”.

His calls were echoed by journalist Andy Ngo, who wrote on his Twitter page, “this is how big tech works with liberal corporate media to take down challengers”.

The same tone was even struck by former CNN contributor Steve Cortes, who wondered whether Twitter “intervenes to protect CNN”.

As far as Trump is concerned, the former POTUS, who had repeatedly bashed CNN as a “fake news” outlet, was banned from Twitter after being accused of inciting the deadly 6 January Capitol riots, allegations he has vociferously denied.

© REUTERS / LEAH MILLIS
Trump Slams Twitter for Censorship as CEO Faces Senate Grilling
Scores of Trump supporters breached the Capitol in an attempt to prevent the certification of the 3 November 2020 election victory of Democrat Joe Biden.

The social network’s move to suspend Trump's Twitter account permanently caused heated debate, with platform chief executive Jack Dorsey arguing that Twitter was forced to do so, and Trump allies slamming the decision as a restriction of free speech.