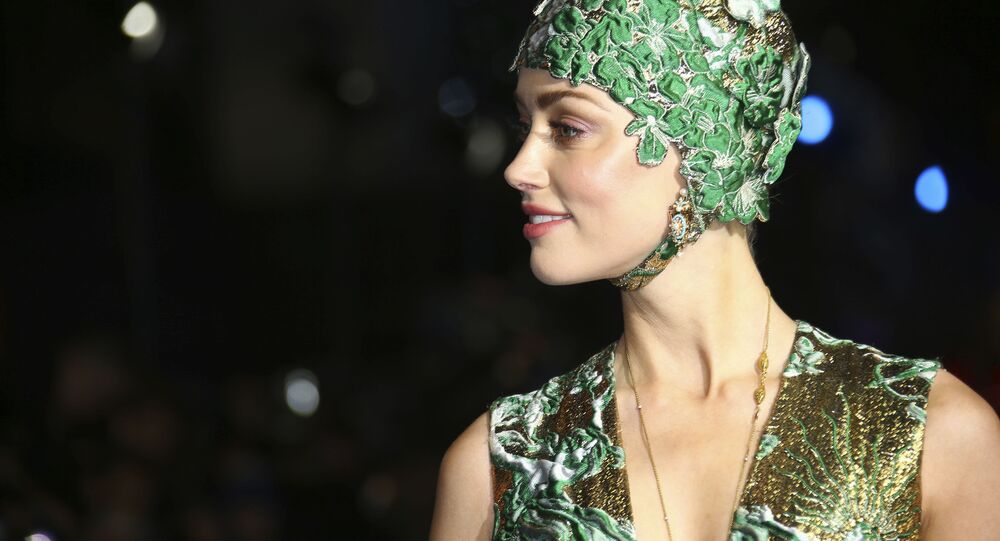 Movie fans have been demanding that Warner Brothers remove Amber Heard from the Aquaman sequel ever since the leak of audio tapes in which she admitted to hitting her ex-husband Johnny Depp, whom she herself accused of domestic violence.

Social media users were left ecstatic after reports emerged that Amber Heard had been fired from the sequel to Aquaman. According to Internet rumours, the actress left the project because she failed to comply with health clauses. Although neither Warner Brothers nor the actress has commented on the issue, netizens have already started celebrating Heard’s firing.

Just heard 'Amber Heard' has been fired from Aquaman 2. Anyway, all I wanna say is... pic.twitter.com/0RTwVgyHXy

​Other users said that she got what she deserved.

​Some users said that they will even watch the sequel of the movie, which is expected to be released on 16 December 2022.

I haven't even seen the first aquaman but I will watch the second one now that Amber Heard is out of it pic.twitter.com/wdyH4MV3os

​Many netizens have started searching for Heard’s replacement.

Now that Amber Heard is fired from Aquaman 2, I would like to nominate Lili Reiinhart pic.twitter.com/4VL4TbfOM8

So if Amber Heard is really fired from Aquaman 2 (and believe me, I REALLY hope she is) may I suggest Mera’s replacement... pic.twitter.com/LUsgPPgXWf

​Some joked that Johnny Depp should get the role.

The only person that should replace Amber Heard is the one and only— pic.twitter.com/BXwTC8DctD

​Other users suggested that she was fired because the studio feared the movie would flop with her.

Warner Bros realised their Aqua Man 2 film will bomb so they fired Amber Heard. Not because she is an abuser but because they will miss out on money. I'm still not watching the damn film. They'll just hire her for another film. #BoycottWarnerBros

​Meanwhile, an online petition that was launched last year calling for her removal from the movie has now gathered almost two million signatures.

The actress herself claimed that the online campaign to get her removed from Aquaman 2 had been paid for by her ex-husband Johnny Depp.

For the past three years, Depp and Heard have been engaged in a messy court battle. It started after Heard filed for a divorce in 2016, citing domestic abuse. The pair reached a settlement that same year and said the marriage had been bound by love and that there was no intent to cause physical or emotional harm.

However, three years later Depp sued Heard after she penned and op-ed in The Washington Post in which she spoke about being a victim of domestic abuse. Although Depp was not mentioned in the article, he nevertheless sued his ex, saying it was clear she meant him. The star of the Pirates of the Caribbean saga categorically denied the allegations and claimed Heard had herself been violent towards him.

For a long time, it seemed the public was on Heard’s side; however, the more details emerged about their relationship, the more backlash the actress faced. The situation reached a boiling point after the Daily Mail obtained an audio file from the couple's therapy session, during which she admitted to hitting Depp.

The court battle cost Johnny Depp a role in JK Rowling’s Fantastic Beasts saga. After he lost a libel case against the publishers of The Sun, whom he sued for a story where he was described as a wife beater, Warner Brothers asked him to resign from the role of Gellert Grindelwald.