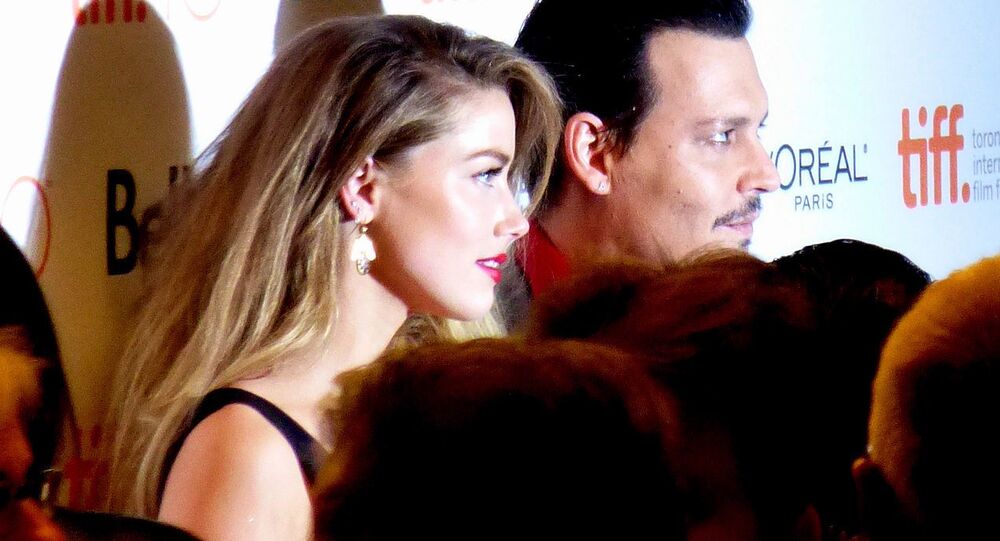 On Thursday, Johnny Depp's lawyers reportedly claimed the Hollywood star "did not receive a fair trial" in connection with a case related to claims of his abusing former wife Amber Heard.

Most netizens have reacted angrily to media reports that Netflix removed all of Johnny Depp's films from its American library, pledging that they will cancel their subscription to the streaming giant, which has not issued an official statement on the matter yet.

"What are you doing, Netflix? Johnny Depp is innocent", one user tweeted, referring to a UK court's recent decision to reject his libel action against former wife Amber Heard who accused him of domestic violence.

Another netizen wondered "what is wrong" with Netflix as scores of others lashed out at the company over its "disgusting" and "shameful" decision.

@netflix please do not block Johnny Depp movies. You are performing worst case of discrimination, censorship and policing.

@netflix, you recently removed all of Johnny Depp's movies from your service. Will you be doing the same with all of Amber Heard's movies? Since she's the villain, and he's the victim, I just had to ask.

Oh this is shameful! I'm so angry of what they are doing to him! this goes beyond all limits😡😡😡 #JusticeForJohnnyDepp

@netflix @wbpictures @Disney YOU SHOULD BE ASHAMED OF WHAT ARE YOU DOING TO JOHNNY DEPP! EVEN THOUGHT YOU KNOW THAT HE IS A VICITM YOU ARE MASSACRATING HIM PSYCHOLOGICALLY! REMEMBER, KARMA EXISTS! #JusticeForJohnnyDepp

Got @netflix subscription a few weeks ago and now about to cancel it.
Really, removing all Johnny Depp movies? What’s wrong with you?

So @netflix I don't want to have anything to do with your service anymore. Delete movies with a person whose personal relationship does not concern you in any way. It’s disgusting! #JohnnyDepp #johnnydep #Netflix #film #cinema #America

@netflix why did you remove Johnny Depp films from your platform when he has done nothing wrong. This makes it seem like yall are victim blaming and i will not have it. Cancelling my subscription asap.

The angry reaction comes as The Guardian reported that Depp's lawyers claimed he "did not receive a fair trial" and that last month's high court ruling that he had been beating Amber Heard, subsequently putting her in fear for her life, is "plainly wrong".

Depp's attorney, David Sherborne, reportedly asked the Court of Appeal to "set aside the judgment and order a new trial" if permission to appeal against the previous ruling is given.

© AP Photo / Alberto Pezzali
Johnny Depp Loses Libel Battle Against The Sun As Judge Declares Amber Heard Was Not A 'Gold-Digger'
According to the report, the documents filed with the Court of Appeal claim judge Andrew Nicol's ruling was "manifestly unsafe".

In testimony before the High Court of London in July, Heard claimed that Depp had repeatedly threatened to kill her, allegations the 57-year-old actor rejected as "sick and completely untrue".

He insisted that it was Heard who was violent toward him, as his legal team accused her of fabricating her injuries and complaints.