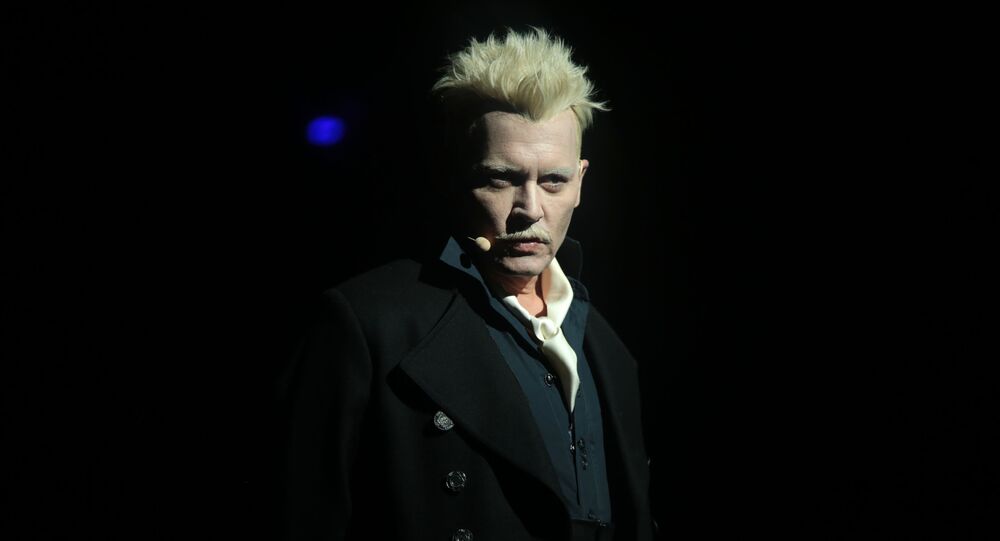 American actor and musician Johnny Depp, 57, star of the world-famous movie series Pirates of the Caribbean, was labelled a “wife-beater” after losing his libel case against the Sun, launched in the wake of a column written by the newspaper that claimed his ex-wife Amber Heard, 34, was the victim of domestic violence.

The lawyers of Hollywood star Johnny Depp claim he "did not receive a fair trial" over his case and the high court ruling that stated he had been beating his former wife Amber Heard, subsequently putting her in fear for her life, is "plainly wrong", The Guardian reported Thursday.

Depp's attorney, David Sherborne, reportedly asked the Court of Appeal to "set aside the judgment and order a new trial" if permission to appeal against the previous ruling is given. According to the report, the documents filed with the Court of Appeal claim judge Andrew Nicol’s ruling was "manifestly unsafe".

The Hollywood actor's lawyers claim Nicol "failed to undertake any, or an adequate analysis, of Ms. Heard’s shifting account, despite the importance of consistency as a consideration of a witness’s testimony".

Last month, Nicol had refused Depp permission to appeal the ruling that he assaulted his ex-wife, saying that the owner of the paper, News Group Newspapers, had proved the content of the article to be "substantially true".

Earlier Depp filed a defamation lawsuit against the Sun for a column written by Dan Wootton, its executive editor, which based on 'overwhelming evidence' alleged that he had attacked Heard during their relationship and labeled him as a 'wife-beater".

In his ruling over the case, Nicol found that 12 of the 14 alleged incidents of domestic violence had occurred. The judge said Depp put Heard "in fear of her life" during what she described as a "three-day hostage situation" in March of 2015.

The Guardian quotes Sherborne saying that Nicol "concluded that the appellant was guilty of serious physical assaults without taking account of or even acknowledging that Ms. Heard had been untruthful in her evidence, without testing her account against the documentary evidence and the evidence of other witnesses, and without making any findings that he disbelieved those witnesses.

"The conclusion which flows from an overall assessment of the judgment is that (Mr. Justice Nicol) decided to find for the ‘victim’ but failed to provide the necessary analysis to explain or justify that conclusion", Sherborne said. "Also he excluded relevant evidence from his consideration, ignored or dismissed as irrelevant matters that substantially undermined Ms Heard, made findings unsupported by the evidence, and failed to assess whether her allegations could withstand proper scrutiny."

According to Depp's legal team, the judge "failed to properly assess her credibility by reference to documentary evidence, photographs, recordings or otherwise".

"This was a very public judgment, reached by a single judge, making devastating findings of extremely serious criminal offences having been committed, and where this has had wider ranging implications for the public at large, particularly victims, or those wrongly accused, of alleged domestic abuse", Sherborne concluded.

He added that this is important in such circumstances to hold an effective appeal process.

Depp filed his lawsuit against the Sun publisher, News Group Newspapers, in 2018, over the article titled "Gone Potty: How can JK Rowling be 'genuinely happy' casting wife-beater Johnny Depp in the new Fantastic Beasts film?". Depp’s lawyers have actually presented evidence showing the actor with bruises and a severed finger, accompanied by an audio tape where his former wife reportedly can be heard saying that she had hit him and engaged in fights. In her testimony, Heard said she was throwing objects at and beat Depp because she was trying "to escape" his abuse.

As a result of the high court ruling, Johnny Depp was asked to step down as the Grindewald character of the Fantastic Beasts movie franchise, the actor said.

Depp also filed a defamation lawsuit against his ex-wife for a 2019 op-ed in the Washington Post, in which she spoke of her experience of being a victim of domestic abuse. Though the actor was not specifically mentioned in the article, Depp claimed that Heard used such accusations as a means of promoting her own acting career at the expense of her ex-husband. The case's hearing was postponed due to the pandemic and is expected to take place in the spring of 2021.