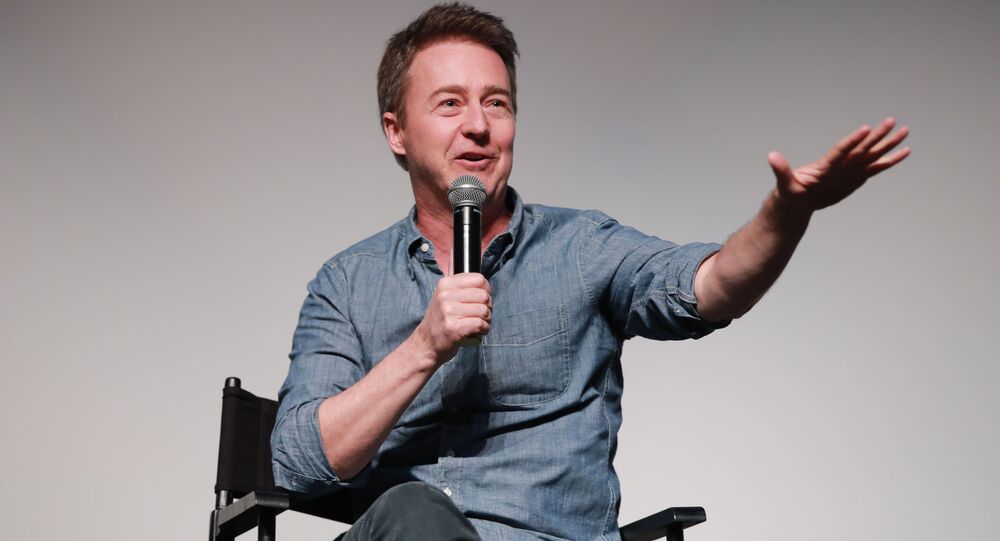 A handful of prominent media figures have not only congratulated Democrat Joe Biden on his projected victory in the US presidential race, but also joined a Twitter wave of criticism targeting Donald Trump for his refusal to concede and attempts to challenge the projected results in court.

The "Fight Club", "The Incredible Hulk" and "Birdman" film icon Edward Norton took to Twitter to start a thread sharing his feelings about Donald Trump and the president's current legal strategy, now that the mainstream US media, along with many of Norton's colleagues and some world leaders, project Joe Biden to win the presidency.

While Trump's team attempts to challenge the projected results in court, Norton slammed the POTUS for what the actor describes as efforts to escape potential legal charges by "threatening our democracy". Norton was only getting started, rolling out a seven-tweet tirade.

"I will allow that he’s also a whiny, sulky, petulant, Grinchy, vindictive little 10-ply-super-soft b**ch who no doubt is just throwing a wicked pout fest & trying to give a tiny-hand middle finger to the whole country for pure spite, without a single thought for the dead & dying", the actor tweeted.

...or that ‘chaos is what he loves’. The core of it is that he knows he’s in deep, multi-dimensional legal jeopardy & this defines his every action. We’re seeing 1) a tactical delay of the transition to buy time for coverup & evidence suppression 2) above all, a desperate endgame

​"But his contemptible, treasonous, seditious assault on the stability of our political compact isn’t about 2024, personal enrichment or anything else other than trying to use chaos & threat to the foundation of the system as leverage to trade for a safe exit. Call. His. Bluff", Norton continued in his tweet tirade.

The popular film actor asserted that "faith in the strength of our sacred institutions & founding principles is severely stretched" but expressed confidence that they will hold, finalizing with calls not to "flinch" as Trump "is leaving, gracelessly & in infamy".

Norton also suggested that POTUS could be creating what the actor described as "chaos & anxiety about peaceful transfer of power, & fear of irreparable damage to the system" so that Trump could bargain a "Nixon-style deal in exchange to finally concede".

Netizens gave Norton divided opinions on his thoughts, with some fully supporting the actor, attacking Trump and even predicting that the president can be expected to soon tweet that "Edward Norton has always been a lousy actor".

Norton's emotional remarks come as the Trump team continues to claim election fraud and continues to battle the election projections that call the presidential race in favor of Biden. Official results of the national election will arrive in the middle of December, as soon as the Electoral College casts its votes.

Biden, currently referred to as the president-elect by some world leaders and media figures, has started the launch of his transition to power and has begun to assemble his administration.

Got Your 'Trump' Yet? Geraldo Rivera Suggests Naming Coronavirus Vaccine After POTUS