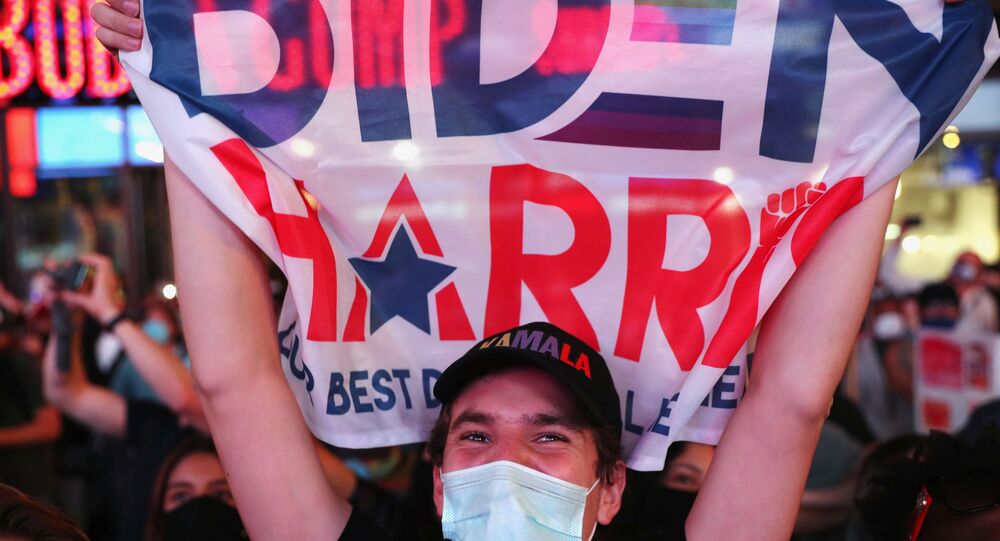 While the Democrats and the news networks rushed to call Biden the winner in the US elections after days of counting ballots, Trump continues to challenge its results, arguing that massive voter fraud took place to rob him of victory.

US President Donald Trump's angry Twitter tirade directed against the alleged voter fraud in the presidential election backfired after many netizens saw in it what they have long been waiting for – POTUS conceding his projected defeat.

And while the president rushed to correct the slip of the tongue, the bird was already out of the cage, "twittering" all over the social media with the hashtag #TrumpConceded.

Trump's original tweet apparently suggested that Biden is only projected as the winner in the election because the voting was purportedly rigged against POTUS, but most netizens chose to ignore the rest of the post, focusing on what they desired to see.

One netizen suggested that in the case of Trump, whose fascination with Twitter is well-known, the post on social media could be equated to an official concession. Although some netizens recalled that the concession of the incumbent president is not something that is mandatory in order for a newly elected one to be sworn in – including Biden – in case the Electoral College ends up selecting him.

The best part about the Constitution is it doesn't require concession to initiate the transfer of power, come January.

Along with #TrumpConceded, a contradictory tag, "I concede nothing", started trending on social media, disappointing many netizens.

Waking up this morning and seeing HE WON Because.... then seeing I CONCEDE NOTHING... this guy 🤦🏽‍♂️ pic.twitter.com/SnIiZrMD18

Number 4 trending is #TrumpConceded
I'm thinking "finally, this is getting exhausting".
Keep scrolling down.
Number 17 trending is I CONCEDE NOTHING.

Despite the barrage of tweets from the POTUS' opponents, Trump's supporters apparently also found their way into two trends, reminding their counterparts on Twitter that the president openly denied conceding and said that Biden only won "in the eyes of the fake news media".

In fact, what Trump actually said was this:

"He only won in the eyes of the FAKE NEWS MEDIA! I concede NOTHING! We have a long way to go. This was a RIGGED ELECTION!"@rtenews has really embraced the 'fake news' title with this tweet. 🤣 https://t.co/BpMVd49zYI

Did #CNBC say so because of this Tweet of @realDonaldTrump? "He only won in the eyes of the FAKE NEWS MEDIA. I concede NOTHING! We have a long way to go. This was a RIGGED ELECTION! " I can't find anything that is closer to CNBC's "report". https://t.co/xVYQKuR5hn

Some netizens rolled their eyes over Biden supporters' selective vision of POTUS' recent tweets, which seemingly focus their attention only on the part they are interested in and ignoring the rest.

Trump literally tweeted "I concede nothing" and #TrumpConceded is trending. This is how these clowns work.