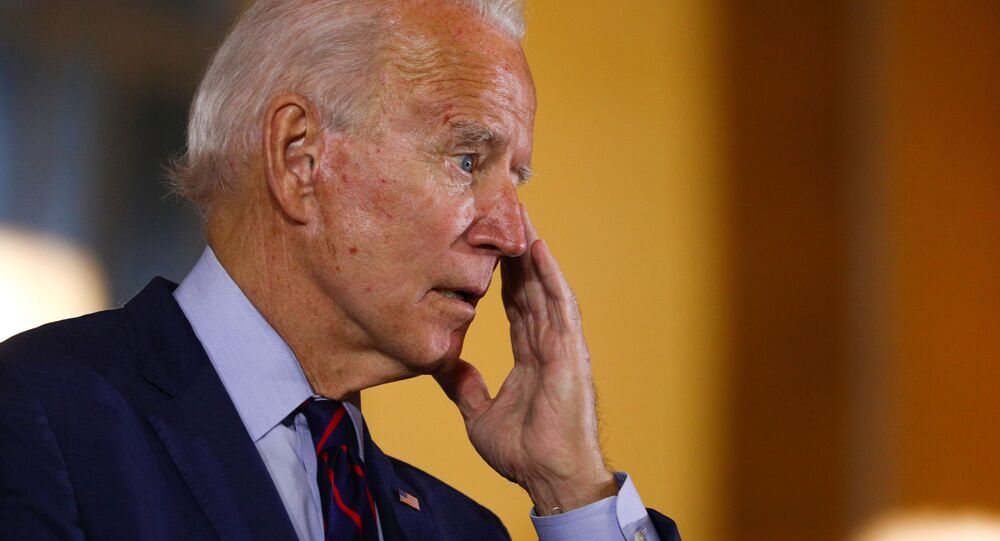 Former Vice-President Joe Biden has raised some eyebrows in the past couple of day. Not only did he forgot the name of Republican party candidate Barack Obama ran against in 2012 but he now seems to think he is running for the US Senate rather than the Presidency.

US President Donald Trump made fun of his presidential rival, Joe Biden, with a tweet after the Democrat candidate and former vice-president made several gaffes over the past 48 hours.

During his campaign trail on Monday, Biden had difficulty recalling the name of Mitt Romney, the Utah senator who ran against former President Barack Obama in 2012 when Biden was Obama's running mate. Later that day Biden made another jaw-dropping mistake, as he told his Ohio supporters that he was actually trying to get his place at the US Senate and not the presidential seat.

And Donald Trump just could not miss the opportunity to laugh about that.

“Mitt can’t be thrilled about this! Joe also said yesterday he’s running for the U.S. Senate (again) and totally forgot where he was (wrong State!)”, Trump tweeted on Tuesday morning.

“Joe has never been a nice or kind guy, so it’s easier to find this obvious & rapidly getting worse 'dementia' unacceptable for USA!”, the President continued.

During the Florida campaign rally, President Trump already commented on Biden’s slips of the tongue, while telling his supporters that the Democrat presidential candidate was “not a nice guy”. He also noted that it was not the first time the former vice-president had said something confusing, and he was right about that.

But, Trump said later on Twitter, this Monday turned out to be “particularly bad” for Biden.

Sleepy Joe Biden had a particularly bad day today. He couldn’t remember the name of Mitt Romney, said again he was running for the US Senate, and forgot what State he was in. If I did any of this, it would be disqualifying. With him, he’s just Sleepy Joe!

​Just several days ago, Biden made a no-less-confusing comment, as he addressed his Arizona supporters, while he was in… Nevada.

Biden’s gaffes did not go unnoticed by social media users. However, many rushed to point out that Trump is also not without fault – recalling a number of blunders and misspellings he had been responsible for in recent years.

Haha, there he Joes again

Lucky Biden! I wish I could forget Romney’s name.