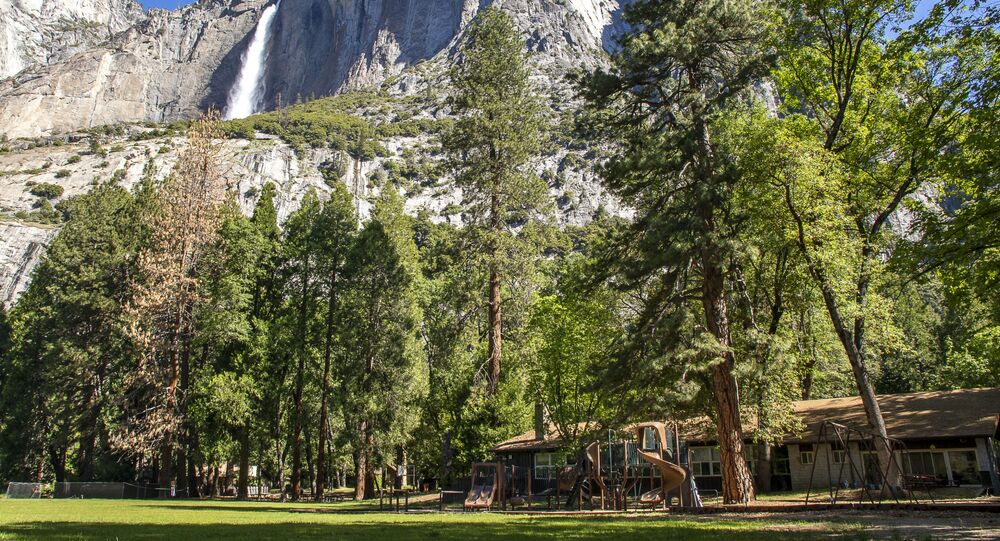 A mildly popular T-shirt with a mildly elegant pun has been flying off the shelf courtesy of Donald Trump, who put a Middle Eastern spin on an otherwise American location.

Trump on Tuesday stumbled twice over the word, incorrectly pronouncing it as “Yo-Semite” instead of “Yo-SEM-i-tee”.

Trump is unable to pronounce Yosemite, one of our most famous National Parks. Letting him remain in the WH while he rots from dementia is an atrocity. His degenerative neurological disease has no cure & it only goes in one direction- straight downhill.

​The gaffe has benefited the National Museum of American Jewish History in Philadelphia, which has been selling T-shirts with images of two sequoia redwood trees alongside the words “Yo Semite” since 2011.

The museum sold nearly $30,000 worth of shirts and other merchandise in the first 30 hours after the blooper. An unexpected spike in traffic even crashed the website at one point.

Gaze upon Yo-semite’s towering Sequoias with our "Yo Semite" t-shirt! 😉🌲 Get 'em while they're hot: https://t.co/PGNaXqbiwi #Yosemite pic.twitter.com/TXxs5nJ1oR

​Kristen Kreider, the museum’s director of retail and visitor experience, said the unprecedented sales from the shirt alone nearly matched the shop’s revenue for the entirety of June.

“It just keeps gathering momentum,” she told the Philadelphia Business Journal. “I just keep thinking, ‘OK, this is going to be over in the next couple of hours. It’ll die down.’ And it doesn’t. It just keeps on going, and we’ll take it.”

The museum usually sells about 100 of the shirts every year, but online shoppers grabbed some 1,500 in just three days, according to Kreider.

Founded in 1976, the museum filed for Chapter 11 bankruptcy protection in early march, having racked up some $30 million in debt due to the construction of a new building a decade ago.

Shoppers drawn by the shirts are also buying other merchandise from the online store and donating funds, Kreider said, adding “it’s just a win-win for the museum, any way you look at it.”