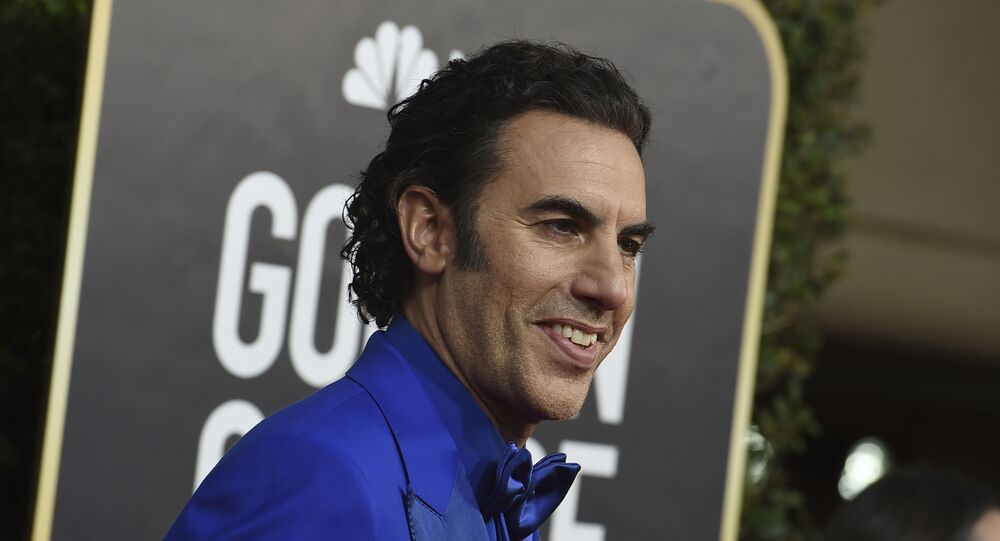 Sacha Baron Cohen has portrayed the fictional Borat - a journalist from Kazakhstan who travels to the United States to study its culture and meet its people - in a self-titled movie, which is expecting a sequel in 2020.

The actor behind the role of the Kazakh journalist Borat, Sacha Baron Cohen, has joined Twitter as his character, rolling out a series of ironic tweets written in the Borat style and spelling.

The verified account, named @BoratSagdiev, emerged on Twitter shortly after the 1 October release of the trailer for the Borat film sequel. Apparently, the fictional Borat character outed himself as a Trump supporter - of course, apart from being "536 moons" old and the "#4 journalist Repubic of Kazakhstan".

"Trump delivered powerful message to 20,000 of his supporters then told them to go back to their communities and spread what they got from him", one of the tweets said, mocking a recent public speech by Trump, who was revealed to have been infected by coronavirus last week.

Trump delivered powerful message to 20,000 of his supporters then told them to go back to their communities and spread what they got from him

Premiere Trump just appear on Whitehouse balcony where he took off his mask and threw into crowd for one lucky patriot to wear!

Trump correct, there were many thousands of people cheering outside hospital when they knew he was dying inside

​"Borat" largely ridicules Trump's health and his administration's response to the pandemic, "praising" Trump for being stronger than 200,000 of his American "subjects", those people who have died as a result of becoming infected in the pandemic.

Premiere Trump true leader - he have prove himself stronger than more than 200,000 of his American subjects!

​The account was opened with a popular TikTok challenge in which "Borat" waves his leg and is edited to change his outfit to "totally nude".

I first Kazakh ever on DikTok! Please follow to look on me dance to popular music totally nude! https://t.co/CZD9XS7iZE pic.twitter.com/43ADHpEFrJ

​Cohen's appearance on Twitter as the fictional Borat comes in the wake of a fresh trailer for the self-titled movie sequel that continues the story of Kazakh journalist Borat Sagdiyev who travels through the United States and studies its culture "for Make Benefit Glorious Nation of Kazakhstan".

The second mockumentary appears to be on point, throwing Borat into a coronavirus-stricken America that is awaiting a fiercely polarizing presidential election. Some members of the Trump administration are listed as participating in the film - for example, incumbent US vice president Mike Pence, who Borat names "Mike Pennis", and Trump's attorney, Rudi Giuliani.