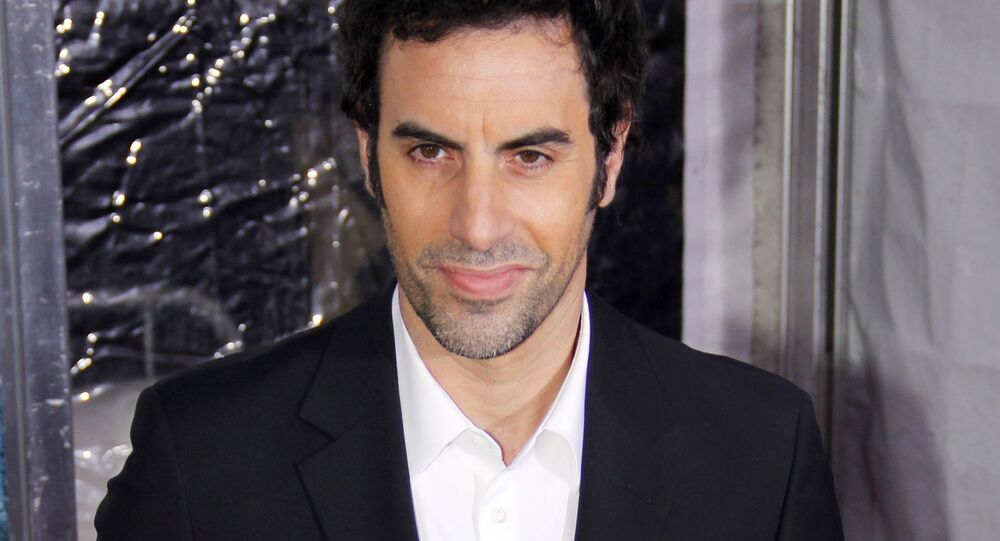 “The hero of this next movie is a naive, misguided child who spreads Nazi propaganda and only has imaginary friends. His name is Mark Zuckerberg”, Cohen said while introducing Best Picture (Comedy or Musical) nominee Jojo Rabbit.

“The hero of this next movie is a naive, misguided child who spreads nazi propaganda and only has imaginary friends. His name is Mark Zuckerberg. Sorry this is an old intro for Social Network” pic.twitter.com/QWLwmcPLPt

The comedian then seemed to be confused at the card that he read, adding, ”Oh wait, this is old and from The Social Network”, in an apparent nod to the 2010 David Fincher film about the founding of Facebook.

Almost all netizens posted tweets in support of Cohen who they said is not wrong when hitting out at Zuckerberg.

That was soooo good and right!

This became the Borat actor’s second such barb regarding Zuckerberg in the past several weeks.

During a speech at the Anti-Defamation League, America’s oldest non-governmental Jewish organisation, in late November, Cohen quipped at the Facebook CEO as the comic criticised the heads of Google, Twitter, and YouTube for failing to protect democracy and facilitating violence.

As far as Zuckerberg is concerned, Cohen slammed him for refusing to ban Holocaust deniers from social media and promoting fallacious political ads.

“Under this twisted logic, if Facebook were around in the 1930s, it would have allowed Hitler to post 30-second ads on his ‘solution’ to the ‘Jewish problem’. So here’s a good standard and practice: Facebook, start fact-checking political ads before you run them, stop micro-targeted lies immediately, and when the ads are false, give back the money and don’t publish them”, he said.

Cohen also asserted that it was “madness” for Facebook or Google websites to try to present “both sides” of the Holocaust, while not banning those who deny the genocide against Jews ever happened.

“It’s like we’re living in the Roman Empire, and Mark Zuckerberg is Caesar”, the actor said, slamming the Facebook CEO’s address at Georgetown University where he defended the social network’s adherence to freedom of expression and the need to present different sides of an issue.

In the address, Zuckerberg, in particular, said that he wonders whether Facebook should really block ads for important political issues like climate change or women's empowerment”.

“Instead, I believe the better approach is to work to increase transparency. Ads on Facebook are already more transparent than anywhere else”, he said.

The statement came after Facebook quietly amended its ban on false claims in advertising, creating a specific exemption for political adverts. This prompted many to claim that by doing so, Facebook actually made it easier for politicians and political parties to lie in promotional material on the social network.