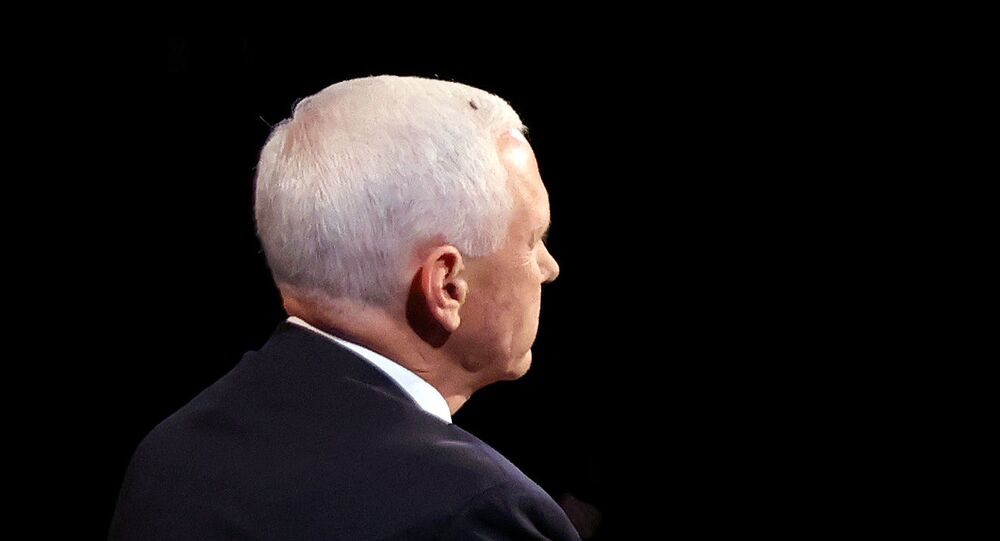 Immediately exploding Twitter moments after turning up on Mike Pence's head for almost two minutes during the vice presidential debate, the fly skyrocketed to worldwide trends and into people's hearts, apparently also "winning" the debate.

Hardly anyone on social media is discussing the political programs of the two presidential campaigns, as what really stole the show was a fly landing on Mike Pence's head in the middle of discussing racial issues, during his vice presidential debate with Kamala Harris.

As some users noted, the fly spent at least 2 minutes on the head of the incumbent vice president while he continued to speak, clueless about the insect profoundly upstaging him.

While the memes about the unexpected debate guest flocked Twitter threads, the fly immediately overshadowed all other topics from the debate, pouncing into the world trends.

In what is apparently the fastest way to fame, the fly drew the attention of journalists and celebrities - even horror author Stephen King pitched an idea of a "Lord of the Flies", starring Mike Pence.

THE LORD OF THE FLIES, starring Mike Pence! Coming soon to a streaming platform near you.

All hail Lord of the Flies!! pic.twitter.com/Ssl5aJmkcB

​Many people were quick to create accounts for the newborn star, suggesting that the fly was lucky to get the best seat at the debate.

Everyone jealous because I got the best seat for the debate tonight.

​The image of the fly has also apparently been recruited by the Biden campaign as an ambassador, with Biden previously creating a fly-dedicated domain leading to his website, and the campaign quickly announcing some fresh on-point merch.

Biden campaign cranked this out. pic.twitter.com/mbVFBQrSL7

​Mark Hamill, a Star Wars icon, signed up for the fly's fan club, and so did the Marvel star Mark Ruffalo.

The fly tonight was the evil version of Bernie's Birdie. 🪰🕊️ #VPDebate2020

In the end, Pence will only say that black flies matter.