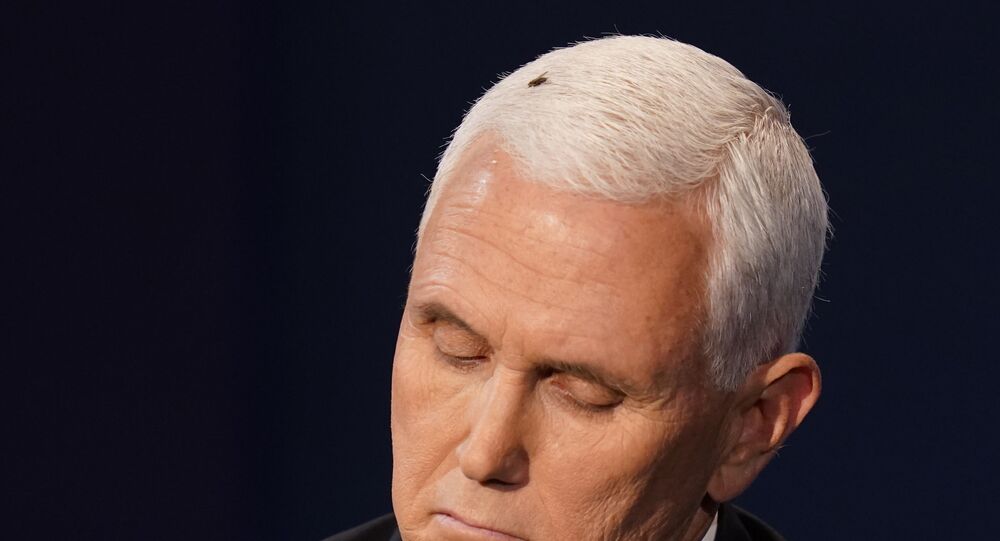 Despite all predictions and expectations for Wednesday's vice presidential debate between Kamala Harris and Mike Pence, it was not the economy, foreign policy or healthcare that became the main topic of discussion after the meeting was over. It was the common housefly that landed on Pence's head and stayed for 2 minutes during the broadcast.

Even though the vice presidential debate covered issues like racial justice, healthcare, the COVID-19 response, a Supreme Court nomination and many more issues, netizens were glavanized by a common housefly that landed on Vice President Mike Pence's head - and appears to have stolen the entire show.

As the two VP candidates were digging into the issue of systemic racism in the United States, an unexpected guest turned up on Pence's hair and remained there for two minutes, exploding Twitter.

Some were praising the fly, others saw the situation as a metaphor, and the Democratic candidate immediately welcomed the fly to his campaign by creating a domain name in its honor.

​Ideas for a relaxing video? A full minute of the fly stealing the show on Mike Pence's head during vice presidential debates.

Just a full minute of a fly on Pence's head: pic.twitter.com/PjmoXDHdgV

​You know you're a star when you receive a special part in the CNN coverage.

#BREAKING: The fly will be part of CNN's post-debate coverage.

The fly immediately was turned into a meme.

EVEN KAMALA IS STARING AT THE FLY ON PENCE'S HEAD pic.twitter.com/RFyVLkWz1q

​And has even been nominated for the "medal of honor".

Give that fly the medal of honor. pic.twitter.com/3ANOTVGYRR