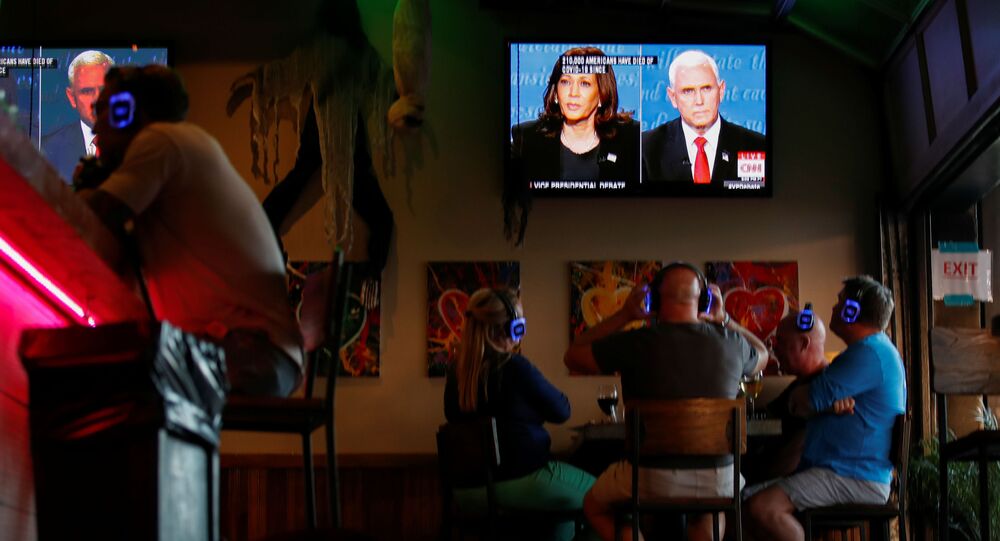 In the first and only round of the vice presidential debates, Donald Trump's Republican VP, Mike Pence, and his Democratic rival and Joe Biden's running mate, Kamala Harris, face off in Salt Lake City, Utah.

After the squabble and insult exchange in the first Trump-Biden meeting, the stand-off between the vice presidential candidates is expected to actually shed light on the candidates' policies and political programs.

Many experts reportedly believe that the Harris-Pence meeting could have a larger impact on the outcome of this year's US presidential election than vice presidential debates usually do.

Harris and Pence will only debate once, while Trump and Biden are scheduled to meet for a second face-off on 15 October. This, however, could change, as Trump has been diagnosed as being infected with the COVID-19 coronavirus, and, while the president expressed his readiness to debate, insisting that he is "feeling great", his Democratic challenger has suggested that a debate should not be held if Trump has COVID.

Ahead of US Vice-Presidential Debate, What Challenges Face Pence, Harris?