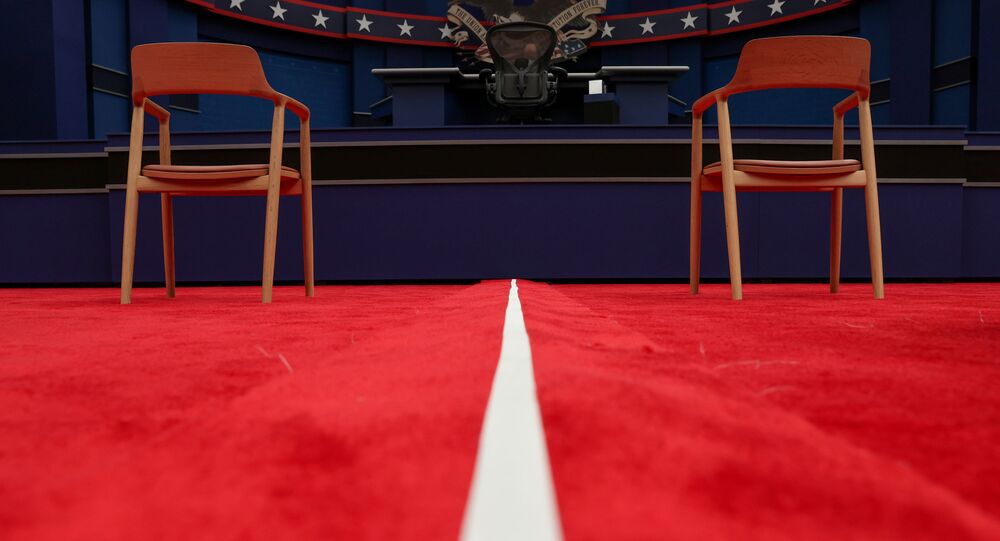 The first round of debate between Donald Trump and Joe Biden has been dubbed by media as the worst presidential debate in the history of the United States as the participants stooped to insults, bickering, and constantly interrupted each other. Now it’s time to see how the vice presidential candidates will handle the task.

Republican Mike Pence and Democrat Kamala Harris are set to cross swords on Wednesday in the first and only vice presidential debate, which will be held in Salt Lake City. Both politicians have previously said they are looking forward to the event, which will last for 90 minutes without commercial breaks. Normally, vice presidential debates are considered a sideshow, but this year’s election has been one of the most heated races, so the upcoming event may influence the outcome of the 3 November vote. Here is what to expect from it.

Many topics will be discussed at the upcoming event, but the coronavirus outbreak will be at the forefront. Kamala Harris will press Pence about the administration’s strategy regarding the disease, which has killed more than 211,000 Americans and infected 7.5 million. Critics of the Trump administration have long accused the government of having an inconsistent strategy and criticised Trump’s attempts to downplay the severity of the disease. The president, who contracted the virus last week, recently drew ire after he urged the public not let the disease "dominate" their lives and assured that Americans will "beat" the virus with the help of the country’s "best medicine".

Pence is expected to be grilled on Trump’s actions since testing positive for COVID-19. In particular, his decisions to remove his mask when he returned from hospital to the White House and to greet supporters outside the hospital, which critics said endangered the Secret Service staff that was with him inside the car.

Prior to the event, Pence has faced questions on whether he should participate in the debate in the first place, as he was in contact with Trump last week. His team objected to Harris’ request for plexiglass barriers between the two participants, saying it was medically unnecessary. Pence has taken a coronavirus test ahead of the debate, which came back negative.

Pence, in his turn, is expected to grill Kamala Harris, a former prosecutor and member of the Senate Judiciary Committee, on her alleged links to the "radical left". Both Trump and Pence have previously accused the Democratic Party of having been taken over by the left and claimed that the Biden campaign is nothing but a "Trojan Horse" that will allow the left to enter the White House. Harris, who has been a vocal supporter of women’s rights and racial equality, said that progressives’ suggestion to defund the police is not a radical move. Trump has harshly criticised the proposal.

How Pence and Harris handle the debate will define the future of their political careers, because many vice presidents and vice presidential candidates have attempted to run for president, and many have succeeded. The issue is especially important in this election, given the fact that Trump is 74 and Biden is 77 (if he wins, he will become the oldest president in the history of United States). Biden previously said he considers himself a bridge to the "next generation" of Democrats.

When and Where to Watch

The debate, which will begin at 9 pm Eastern Time, will be aired by major networks and news websites – Sputnik, CNN, Fox News, MSNBC, and NBC – and will also be live-streamed on YouTube.